The pursuit was abandoned because it was ' too dangerous' 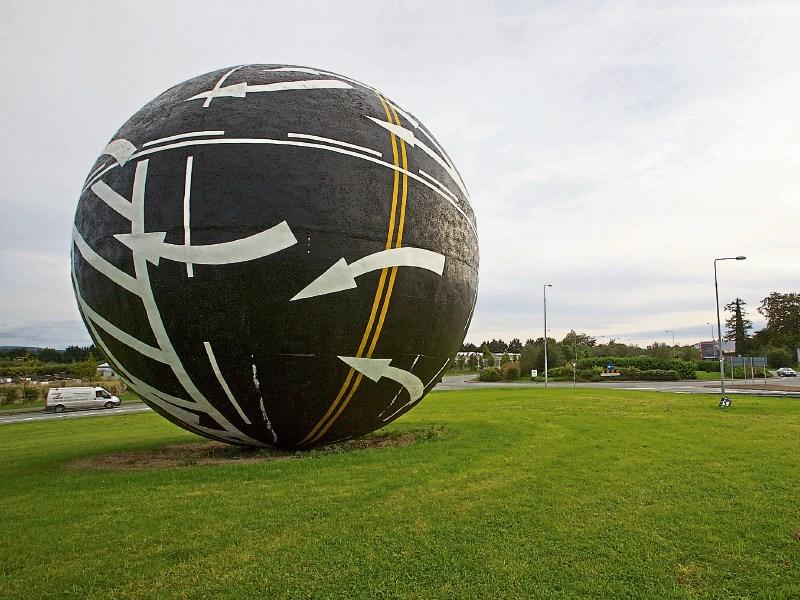 The "Big Ball" roundabout, near Naas

A man drove at speeds of up to 160 km/h on the motorway while being pursued by the gardaí, Naas District Court heard on February 23.

Henry Cahill, 24, whose address was given as 3 The Willows, Oldgrange Wood, Monasterevin, was prosecuted on four allegations of dangerous driving at Naas East; Maudlins, Naas; Monread North, Naas and Osberstown, Naas on June 7, last.

Det Gda Grace Rogers told of being on plain clothes patrol at 11.25pm in the Dublin Road area of Naas when a vehicle passed at speed.

She followed the vehicle and pulled up beside it at a speed of 120 km/h in a 50 km/h zone.

The lights and siren on the garda car were activated and she said she was driving at that speed to keep pace with the driver.

She said the defendant drove in a southbound direction on the motorway for about 3.5 kilometres, reaching 160 km/h.

The car left the motorway at a junction and headed towards the Monread area and Det Gda Rogers slowed and turned off the lights and siren.

Later, she saw the car on the southbound motorway and it left via a slip road and was later driven towards Clane.

“It was dangerous to the public,” the garda said, adding that when she called to the defendant's address on June 13 he indicated he would produce insurance but did not.

The garda also said she had a full view of the defendant’s face in the car and was sure it was him.

The court also heard that the car has not been recovered and the vehicle owner did not want to give evidence.

The car owner made an allegation that his car was taken.

Det Gda Rogers was 100% sure that the driver was the defendant.

Det Gda Emma Devanny said she was the front seat passenger in the garda car.

She said that command and control had stood down the pursuit “because it was too dangerous.”

She said the car was being driven at an excessive speed and she was certain the defendant was driving because he turned and she saw his face.

Det Gda Darren Moulton said the garda car was parked at Naas East, near the Maxol station, when the car was driven past.

Det Gda Moulton added that the gardaí pulled up alongside the defendant just before Maudlins roundabout but the car failed to stop.

Defending solicitor Tim Kennelly said the car owner should have been present in court and was never questioned as to whether he was actually driving the car. He said there was not enough evidence to convict the defendant beyond a reasonable doubt.

However Judge Desmond Zaidan noted that two gardaí had no doubt the defendant was driving and it would be wrong for the court to abort the charges.

He remanded the defendant on continuing bail for sentencing to June 22.