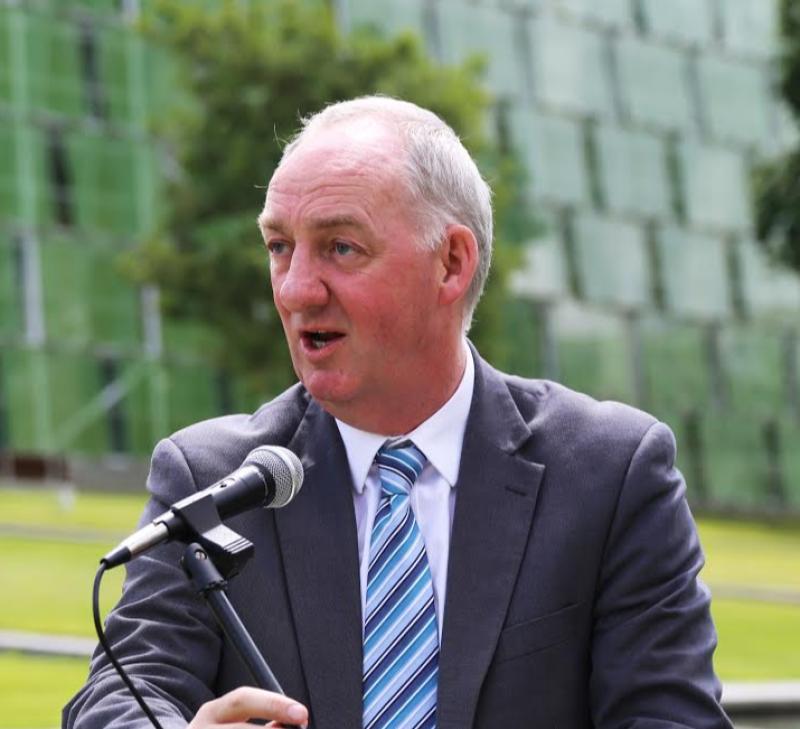 Tributes have been paid to Kildare County Council’s chief executive Peter Carey as he retires from the role.

KCC cathaoirleach Naoise Ó Cearúil extended his best wishes to Mr Carey adding “he has made a very significant impact on this county over the past seven years. He has left us in a much better place.”

He said Mr Carey is an honourable, decent and patient man.

Referring to his love of golf, he joked that retirement would now afford him time to help his game.

Mr Carey said that his 40 year career had taken him to six countries - Carlow, Tipperary, Limerick, Waterford and Laois before making his way to Kildare.

The County Carlow natrie is married to Catherine and they have three daughters Niamh, Sinéad and Áine.

He said there are pressures in the area of housing provision in Kildare  but he was satisfied that “we will meet the challenge.”

Mr Carey also said it was a pleasure and privilege to work with the elected councillors.

“I have tried to work with you and to put myself in your shoes,” he told his final KCC meeting on July 26.

He thanked all of the KCC staff, outdoor and indoor personnel, and also praised the work of Tidy Towns groups.

“Without them, we wouldn’t have achieved half of what we have.”

Cllr Ivan Keatley described Mr Carey’s appointment as hugely refreshing. He said he never needed to make an appointment to see him.

“He had an open door policy, he wore his heart on his sleeve and he did a lot of work in the south of the county,” added Cllr Keatley.

Cllr Aoife Breslin said Mr Carey served the county very well and tried to rectify the imbalance between the north and south of the county.

Cllr Suzanne Doyle said that  Mr Carey was highly regarded within the  private sector and Cllr Seamie Moore said he has done an excellent job “guiding us through palpitations and expectations.”

Cllr Bernared Caldwell highlighted his interest in the project to develop new modern facilities at the Curragh Racecourse and Cllr Aidan Farrelly praised Mr Carey’s role in KCC’s response to the Covid-19 pandemic saying “you protected the most vulnerable.”