Litter collection service in Kildare to be ramped up by council 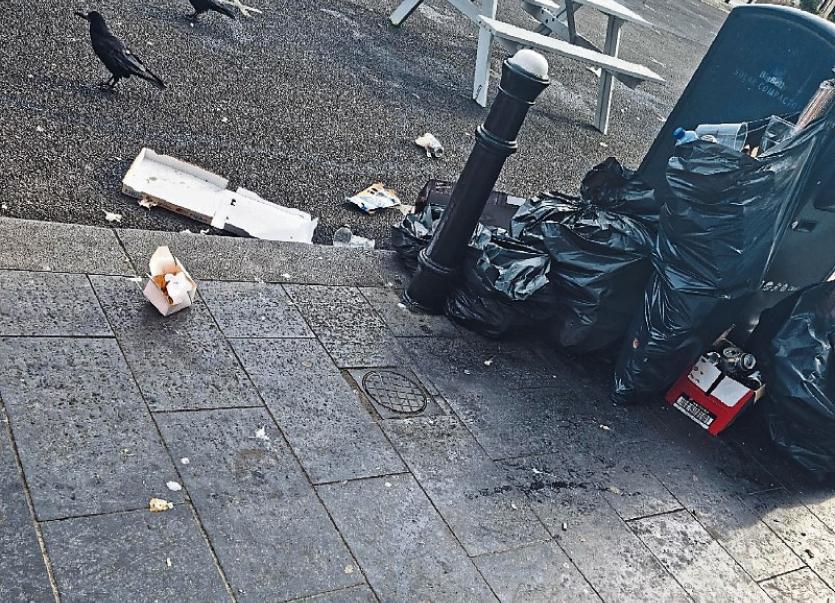 Litter collection services are to be ramped up by Kildare County Council.

This follows criticism by some councillors of the amount of litter being accumulated in public places (partly as a result of Covid-19 restrictions which compelled people to stay close to home), at a Kildare County Council meeting on May 31.

It’s likely to mean that there will be more weekend collections and that places where the problem is most acute will be targeted.

A month previously councillors based in the Maynooth-Clane area called for bins capable of holding 1,100 litres of rubbish to be deployed in areas across County Kildare where there are large numbers of pedestrians and cyclists.

These include playgrounds, parks, harbours, town squares and greenways.
However, although it was agreed overwhelmingly it was resisted by KCC officials who feel that a change of culture is required.
Cllr Carmel Kelly said that the number of visitors to Sallins has increased dramatically in recent weeks and a weekend collection of litter is necessary.
Cllr Michael Coleman called for a seven day collection. He said greater attention needs to be paid to Celbridge and Leixlip and added that the litter problem existed before Covid-19 arrived. He said that the work of Tidy Towns groups cannot be taken for granted any more.
Cllr Suzanne Doyle likened the problem to an emergency situation created by Covid.
She said the population of County Kildare continues to grow and services have to be reviewed to reflect this.
But director of services Joe Boland said attitudes to litter need to change like what happened towards drink driving.
He reiterated that KCC spends €4m a year on waste management and “it’s not sustainable.”
He also said he accepts that the scale of the problem is beyond the scope of the TT groups but “we need to move away from more bins, bigger bins, bins being emptied more often.”
Images forwarded to the Leinster Leader purporting to show people urinating at Poplar Square Naas was accompanied by criticism of the absence of portaloos.
KCC says that the area has been transformed from a car park to a fully inclusive and accessible space for all with soft landscaping, seating and furniture for all abilities and ages.
“Inappropriate and anti social behaviour in these spaces is not acceptable and should be reported to the gardaí.
KCC urges people to have responsibly in these outdoor spaces, use the bins and follow public health guidelines.”