Worthy Naas Tidy Towns effort is being compromised by dereliction 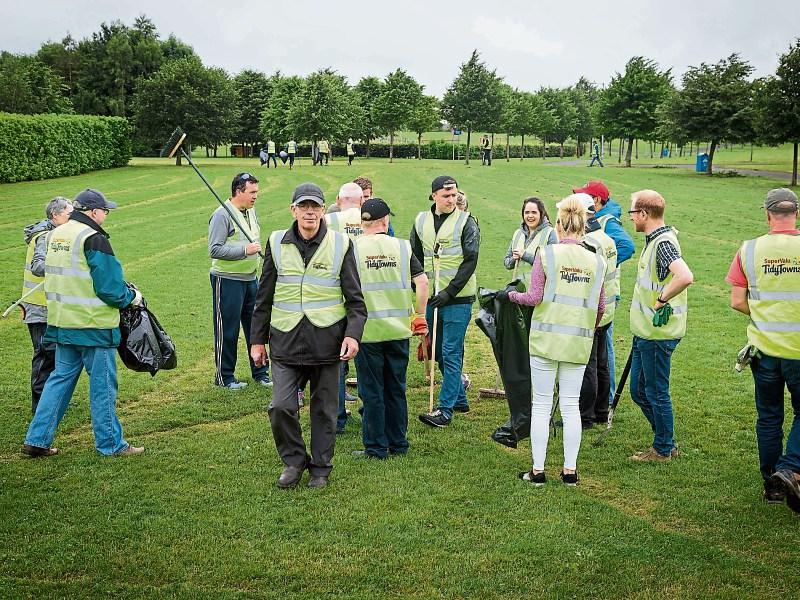 The Naas Tidy Towns volunteers, all 85 of them, know that it’s about the inches now, if it never was before.

Like Al Pacino’s character Tony D’Amato in Any Given Sunday, they know the inches are everywhere to be fought for and they make the difference.

Naas is inching its way towards a national title.

In this year’s competition they extracted six more marks, rising from 318 to 324.

This year Naas landed a fourth consecutive gold medal. It was highly commended and won a sustainable development award (projects that encourage sustainable growth are recognised by the competition adjudicators.)

Naas topped the wildlife and residential housing sections in Category G, which is confined to larger towns.

There is no doubting the effort that the group puts into the competition and everybody living in Naas can only be well aware of it.

The town is, apart from early on weekend mornings, clean and tidy.

They recruited the help of young people to place stickers on litter bins advising members of the public to contact Kildare County Council via a freephone number if the bins are full.

It was one of a number of initiatives.

Others include the replanting of the historic moat at the end of Abbey Street and creation and maintenance of wildlife areas, similar to the one initially created by Naas Town Council near where Corban’s Lane meets Friary road.

Although the group is happy with the increase it came thanks to a single points increase in four headings and a two-point increase under the heading of sustainable waste and resource management.

There is some disappointment that despite all of the effort to tackle litter the town got 53 marks from a possible 90 — the same as last year.

The group believe that there is little more that can be done to tackle litter, given the amount of effort that already goes into this. The obvious starting point here is for you and me not to leave any rubbish behind us.

The adjudicators who visited Naas for an initial report and then a second-round adjudication pointed to the many “exquisite buildings along the streetscape”.

There was praise for the way it dealt with the Market House, which is long since empty and now dilapidated.

There is not much, however, that NTT can do about many of the derelict buildings — and the same applies to some of the owners of the buildings if they are not in a financial position to embark on a renovation project. Also mentioned was the regeneration project at the harbour, described as an “important heritage part of the town”.

However there was mention too of the number of derelict buildings including the Naas Shopping Centre, which is the worst example.

It was acknowledged that dealing with the centre is outside the scope of NTT.

It’s a massive building and it would take some effort to make it look presentable.

But the adjudicator said “it does not do you any favours especially when competing at the highest level”.

As Naas inches its way towards a much sought after and hardly undeserved national title, it’s becoming ever clearer that one or other of the issues which it is unable to address, will ensure ultimate success could elude the town.