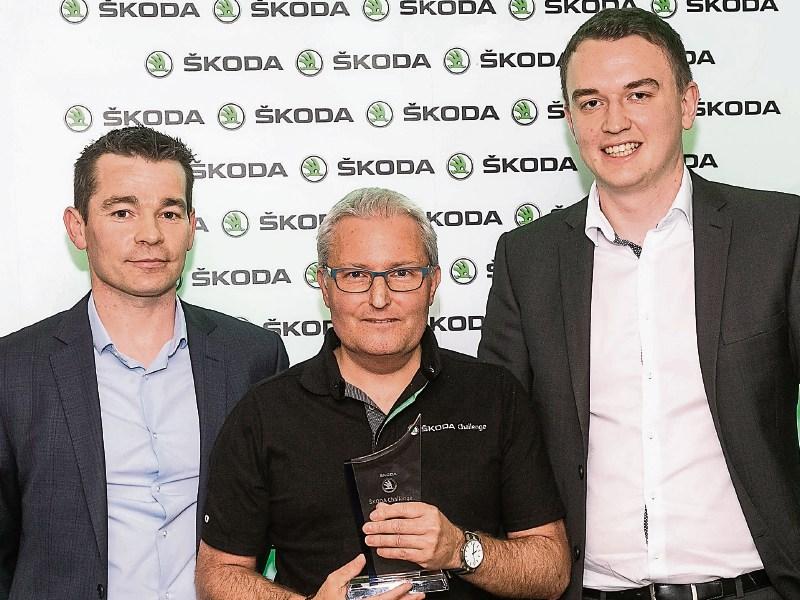 Paul Egan from Sheehy Motors ŠKODA, Naas, has been selected to represent Ireland at the international finals of the ŠKODA Challenge in Budapest this May, having battled it out at the Irish National final earlier this month.

Paul will join Team ŠKODA Ireland and will compete against 35 countries at the international finals in the Sales Consultant category. The SKODA Challenge is now in its seventh year and Irish ŠKODA employees have been key contenders in the competition throughout that time.

This is the first year that a Sales Consultant category has been included in the national final and Paul Egan from Sheehy Motors ŠKODA is the inaugural winner. Paul who has a background in Real Estate and Media Sales joined the ŠKODA brand in Sheehy Motors Naas four years ago.

The ŠKODA Challenge has become a prestigious benchmark for measuring the qualities of the best employees in the global ŠKODA network and Ireland will be represented in five different categories: Parts & Accessory Sales Person; Service Advisor; Service Technician; Sales Consultant and Diagnostic Technician.

Commenting on the result, Frank Kelly, Dealer Principal at Sheehy Motors ŠKODA, Naas, said: “We are delighted that Paul will be joining the ŠKODA Ireland team that will be going forward to represent the country at the international ŠKODA Challenge finals in Budapest. Paul is an extremely accomplished professional in his field and on behalf of all the team here in Sheehy’s in Naas, I would like to wish him the very best of luck in the finals.”