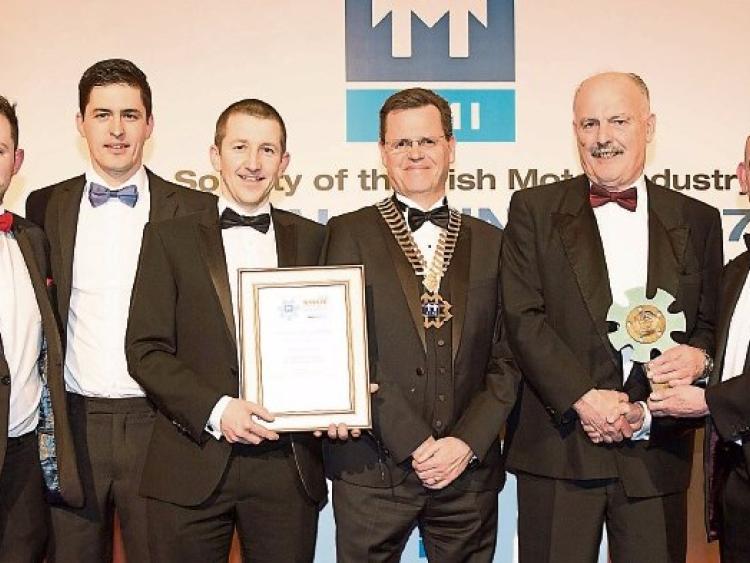 The team at Fitzpatrick’s in Kildare town have scooped a top Irish motoring industry award.

Fitzpatrick's Garage Accident Repair Centre on the town’s Dublin Road, won the ‘Bodyshop of the Year’ title at last night’s SIMI Irish Motor Industry Awards, which were held at the Clayton Hotel.

It is the seventh year of the awards, which were emceed by popular RTÉ sports presenter Marty Morrissey.

Some 700 people attended the awards night, which is open to all sectors of the Irish Motor Industry. Fitzpatrick’s were the only Kildare winners among eight prizes awarded.