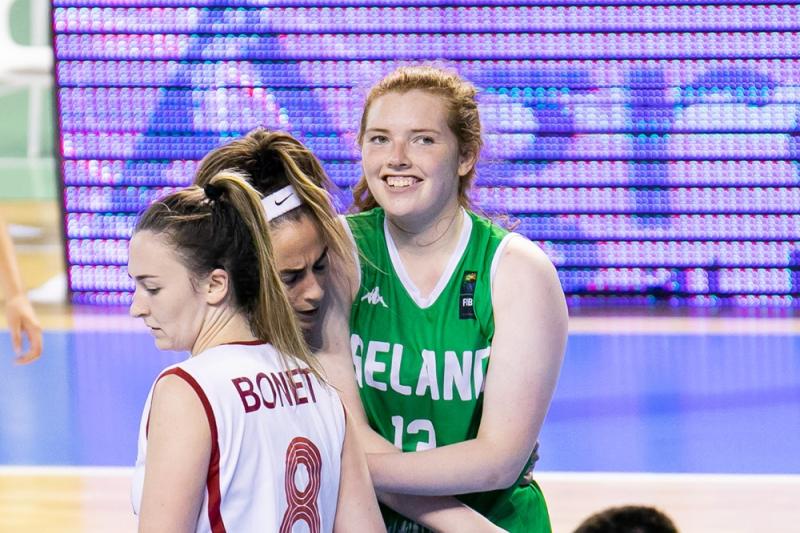 Kildare native and former Portlaoise Panthers star, Claire Melia was in top form as Ireland progressed to the semi finals of the European Basketball Championship for small Countries.

Claire Melia hit 19 points and collected 13 rebounds as the Irish team defeated Malta 78-48 yesterday, Thursday to progress to the semi finals on Saturday.

Melia was in un-playable form as she ruled to roost and along with her 19 points, she also proved very effective in collecting rebounds and launching attacks. She also chipped in with four assists and a steal throughout the 40 minutes

Originally from Monasterevin, Melia is a well known figure around the Portlaoise Panthers and indeed the town itself and gave many great years of service to the club. She now plays for Glanmire.

The 24 year old is now a key member of the Ireland team and they will be hoping to kick on over the weekend and land the big prize. Kildare is also represented by Sorcha Tiernan and Aine O’Connor, who both play for Liffey Celtics.