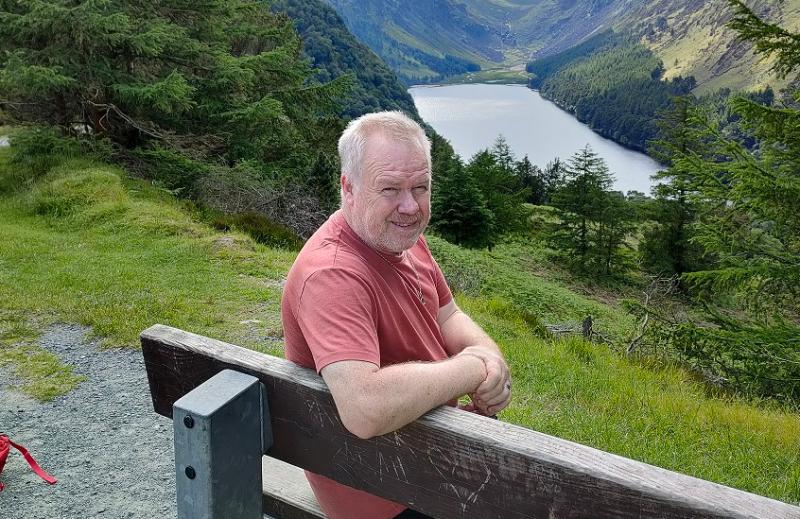 A novel by Kildare author Martin Malone has been optioned by a film production company, almost two decades after its first publication.

Martin Malone’s work The Broken Cedar was first published by Simon & Schuster in 2003, when it was listed for the IMPAC Literary Award and the Hughes & Hughes Irish Novel of the Year Award.

The project is most likely to be a four-episode television series, with some scenes filmed in Ireland. The thrust of the story is about an Irish soldier going to Lebanon to retrieve the remains of his father, also a soldier who is listed as missing in action.

Martin himself is an Irish army veteran, and served five tours with the UN in Lebanon.

The rights to the book now lie with Martin’s own imprint, Owl Fellas’ Press, and have been optioned by a UK film production company.

“After Kafra (his 2001 book) was optioned by RTE some years ago and the screen script I wrote was accepted and approved but the stretch from development to production was never bridged,” said Martin.

“ I hope the company that’s bought the rights to The Cedar does well with their treatment.”

Martin’s editor for The Broken Cedar was Tim Binding, who edited Salman Rushdie’s The Satanic Verses.

Kildare Council Arts have awarded Owl Fellas Press Kildare’s Artistic Entrepreneurial Award 2022, for its proposal to develop an anthology for older writers, in a collection of stories provisionally entitled A Country For Old (Male) Writers.

Other novels in the press’s backlist including The Only Glow of the Day and Iapetus, ’81, have attracted the attention of other film companies in England, France and from
Lithuania.

Martin’s next work, a novella, entitled In the White Country will be released in late 2023.