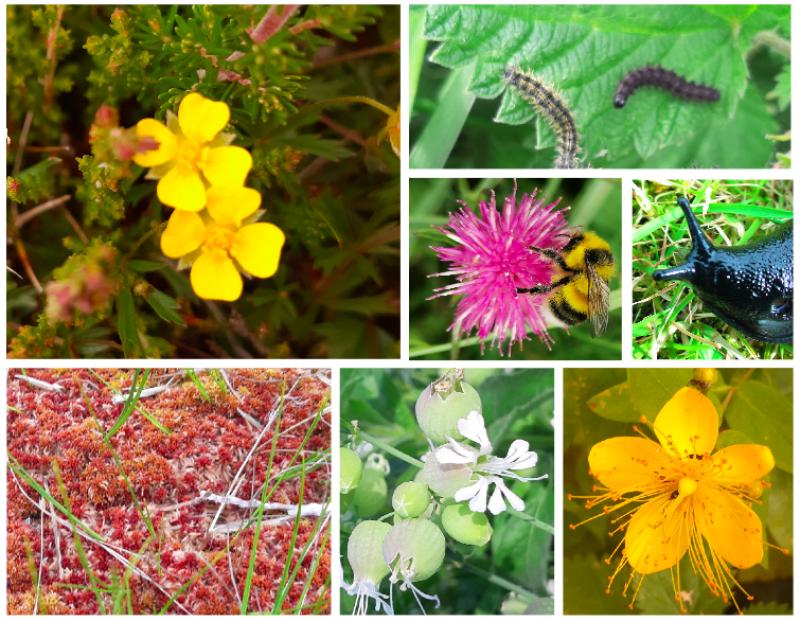 This week is National Biodiversity Week, a time to celebrate the diversity of plants and animals we have in our communities and appreciate the services they provide us all.

Biodiversity, also known as biological diversity, simply means the variety of plant and animal species in Ireland. It ranges from the earthworm in your garden soil to the largest whale off the Irish coastline and the garden birds and trees in your community.

In 2019, Ireland declared a biodiversity emergency. Biodiversity is under threat from habitat loss, pollution and climate change.

According to the National Parks and Wildlife Service, there are approximately 31,000 different species known in Ireland.

Only 10% of these have been assessed to determine their conservation status.

For Ireland to support our biodiversity, we need to learn more and take action. You can take action in your own garden by planting with wildlife in mind. Choose native species, allow areas of your garden grow wild and create habitats by creating a garden pond or installing a bird or bat box.

In our communities we can do the same and together we should support our local authority to achieve this.

During Biodiversity Week, it is also about learning, and over the coming a days there will be range of talks and walks for you to get involved with. Details of all the events are listed on www.biodiversityweek.ie.

You can also become a citizen scientist, where you can share what you have discovered in your local community to the National Biodiversity Data Centre.

It is easy to get involved — take a picture, record where you identified your species and when you get home visit https://records.biodiversityireland. ie/start-recording to submit your record. Together we can all help Ireland’s biodiversity.

A new Citizens Assembly on biodiversity met last Saturday, and on June 8 and 9, Ireland’s second National Biodiversity conference will be held in Dublin Castle, learn more at biodiversityconference.ie.