The Championship: it's what the game is all about says Anthony Rainbow 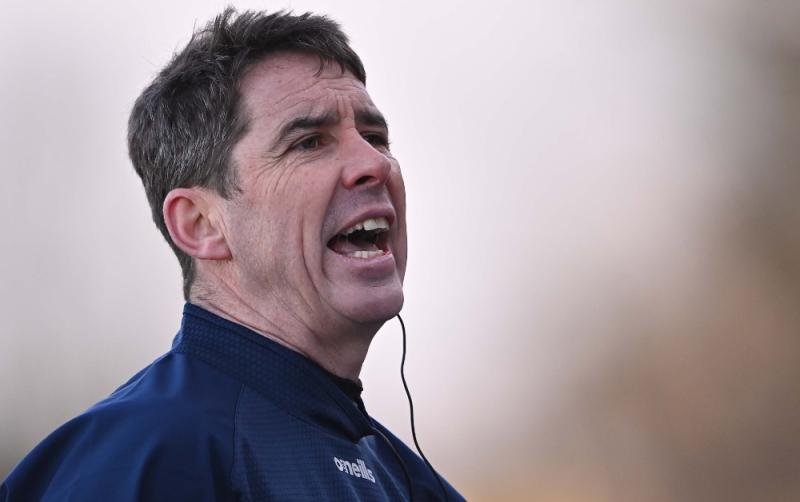 “If at first you don't succeed, try, try and try again.”

A proverb that has been traced back to the early 1800s, a maxim, would you believe, used to try and encourage children to do their school homework.

It is a proverb that could very much be applied to the Kildare senior football management team who took over The Lilies in the latter half of 2021.

Commonly referred to as 'The Dream Team' or indeed 'The Fab Four' it includes former captain Glenn Ryan as manager, along with fellow Kildare stalwards Anthony Rainbow, Dermot Earley and Johnny Doyle.

Chatting with former All-Star (1998), two time Leinster winner, International Rules player who wore that white jersey with distinction for just short of two decades before turning his focus to management, he explained that it (taking over Kildare seniors) had been their plan for “close to six or seven years” before finally succeeding.

Was he, or the group of four, anyway apprehensive about deciding to throw their collective hat into the right this time around?
“Apprehensive” admitted the man commonly know as simply 'Rainbow' “is probably a bit of an understatement.

“We had gone for it on three occasions and turned away each time so naturally we were somewhat nervous but we decided 'why not' but delighted we got it; we were never one hundred per cent we would get it this time due to what happened in the past, but we were very happy when informed we had been given the green light.”

The Suncroft man has served an impressive apprenticeship, if that is the right description, having formerly managed Carlow, initially as a selector under manager Luke Dempsey, before taking charge for two years as manager.

A stint with Sarsfields, John Crofton being manager at that time, before taking the reins at one of the top clubs in Dublin, Ballyboden St Enda's.

In 2019 the Dublin side were crowned senior champions and the following year made it to the final again but lost out to Ballymun Kickhams.

Rainbow had huge praise for Ballyboden “lovely people, great players, very welcoming, could not say a bad word about any of the club officials, players or fans.”

It was during that infamous lockdown in Kildare in 2020 when Anthony experienced something few other managers have when, due to the lockdown he was unable to travel to training or to games, even when his side reached a Dublin quarter-final.
He looked at that game on a live stream (Dubs TV), talking to Noel Basquil throughout but as he explains himself “the live stream was some 30 seconds behind so Noel was telling me what happened 30 seconds before I could see it on the stream and to make it even more 'exciting' the game went to extra time but we got through it.”

An experience nevertheless, admits Anthony, I will probably never forget. So how in his opinion have things worked out since taking over from Jack O'Connor?
“In an ideal world would have been great to win the league, and/ or retain out Division 1 status but we don't live in the real world, but having said we learned a lot during the league, as did the players no doubt, our home form was excellent, solid throughout, our away form came up short but I really feel we should have got something out of the Tyrone game and even the Mayo game, we had five shots in goal early on and missed them all, but there are lots of learning curves for us and hopefully there are things we can improve upon for the upcoming championship.”

As for preparation for Sunday where they will meet the winners of Louth v Carlow, one week after they have met, Anthony admits that who ever it is will have had the benefit of a championship outing, a winning championship outing and that will stand to them but was adamant “we are concentrating solely on that game, how were are going to line out; how we are going to set-up both defensively and offensively.”

Louth have enjoyed two brilliant years under Mickey Harte, very strong defensively, very hard to break down but it is a game we are looking forward to insists the former flying wing-back.

One player who won't be in contention for Sunday is Naas' Eoin Doyle. “Eoin picked up a knock on his knee a few weeks ago now but hopefully will be back in maybe four weeks time; he is the only one who is injured, touch wood, at present.”
Happy with the way things are going, how the young lads who have been brought in this year, are coping “We chose our panel after a number of trial games, and yes, reasonably happy the way things have progressed, some of the lads were in before but got little game time but, amongst others, the likes of Paddy Woodgate, Tony Archbold and Kevin O'Callaghan have all done well, but we have others, players that may not have seen much game time but could still feature in the upcoming championship.”

Overall, well prepared and looking forward to the Leinster Championship?

Anthony Rainbow, the General Manager of Industrial Water Management, based in Tougher's Business Park, says championship time is always special for players; it's what the game is all about; the added pressure; the near knock-out format, it really is something different, an entirely different experience and hopefully we will have the players prepped to do the job in hand come Sunday.”

As the proverb from many moons ago says “If at first you don't succeed, try, try and try again” something no doubt that Anthony and the rest of the management team of Kildare will intimately follow.