Electrify your drive with the new Ford Kuga PHEV 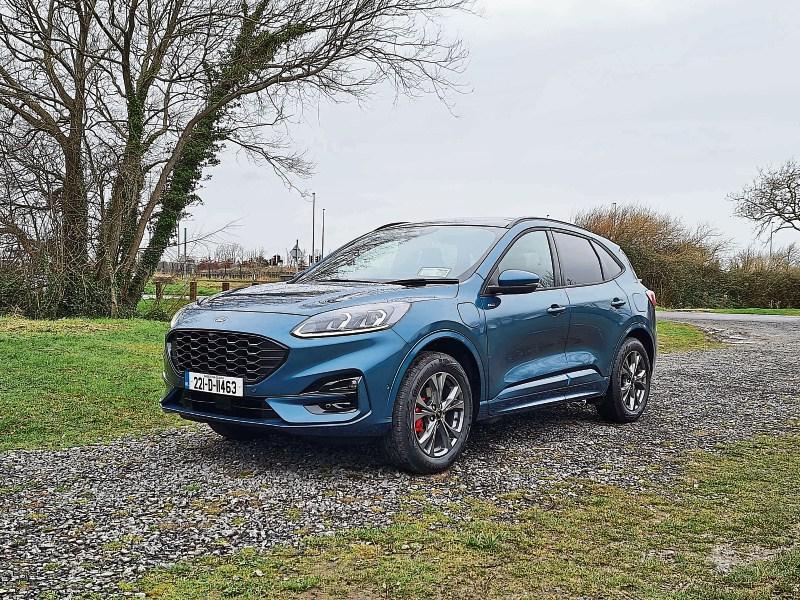 The all-new, third-generation Ford Kuga SUV offers the most electrified powertrain options of any Ford, improving efficiency by up to 30 per cent.

The new Kuga is now available as a petrol/electric Plug-In Hybrid (PHEV) and a Full Hybrid Electric Vehicle (FHEV) for the first time, and it lets drivers choose when and how to deploy battery power, while 1.5-litre and 2.0-litre EcoBlue turbo-diesel engines are also offered. Introducing a sleek new exterior design, with premium proportions for improved roominess and comfort, the new Kuga also adds sophisticated infotainment and connectivity technologies to the mix.

The new Kuga is based on Ford’s new global front-wheel drive flexible architecture that supports improved aerodynamics for better fuel efficiency, and helps reduce the Kuga’s weight by up to 80kg when compared to the previous generation. This new architecture is designed to enhance crash perfomance and contributes to the Kuga’s Euro NCAP five-star safety rating, while 10 per cent more torsional stiffness leads to improved driving dynamics.

Powered by a comparatively large 2.5-litre petrol engine and an electric motor fed by a 14.4kWh battery, the Kuga PHEV promises low running costs and the ability to be driven for up to 64kms on electric power alone. Drivers looking to run the Kuga PHEV as a company car will make the biggest savings, as its low emissions (just 32g/km) give it an appealing Benefit in Kind (BIK) tax rating.

Being able to charge the Kuga PHEV from an EV Home Wallbox charger really makes sense, as the charging process is effortless, and an empty battery can be fully charged in as little as three and a half hours.

Presently, an SEAI home charger grant of up to €600 is available for private customers, resulting in a cost to the customer of around €300 — depending on the type of charger chosen. Other plug-in charging options include those found at public charging stations, with an ever-increasing number of locations around the island of Ireland, or at home (or work) by way of a domestic 230V electrical socket. However, the latter process will take the longest time to charge the Kuga’s battery (approximately six hours for a full charge), but it is an option that will appeal to a certain portion of PHEV and EV drivers.

The all-new Ford Kuga PHEV is available in Titanium, ST-Line, ST-Line X and range-topping Vignale trim levels, with a CVT (automatic) transmission and a front-wheel drive format across all levels.

Thanks to a hefty power output of 225PS (222bhp), the Kuga PHEV can sprint from 0-100km/h in just 9.2-seconds, can reach a top speed of 201km/h, and can consume as little as 1.1-litres of fuel for every 100km’s driven on a combined driving cycle when every journey is started with a full battery charge.

The new Kuga PHEV comes with many drive modes to cater for a variety of driving styles. Not only are there the usual Normal, Eco and Sport settings, but there is also a Slippery Deep Snow/Sand mode — even though the Kuga PHEV is offered only with front-wheel drive.

Additionally, there are four settings for the electric drivetrain. ‘EV Charge’ tops up the battery using the engine, while ‘EV Now’ prioritises any remaining electric energy. ‘EV Later’ holds the state of charge for a later journey, and ‘EV Auto’ uses the car’s electronics to determine the most efficient combination of petrol and electric power delivery.

With a full battery, the Kuga PHEV will move off in near-silence, while the Kuga’s raised driving position and good visibility, make it very easy to drive in town.

The level of brake regeneration can be boosted by pushing the ‘L’ button on the rotary gear selector and, while it doesn’t allow one-pedal driving, it does help to make urban journeys as efficient as possible. As long as there is enough charge in the PHEV’s battery, the Kuga can operate at speeds of up to 136km/h without the engine intervening.

By injecting some of the original Kuga’s dynamic appeal into the new Kuga, it is safe to say that Ford’s latest mid-size SUV is on target to reclaim its crown as one of the best SUV’s on sale.