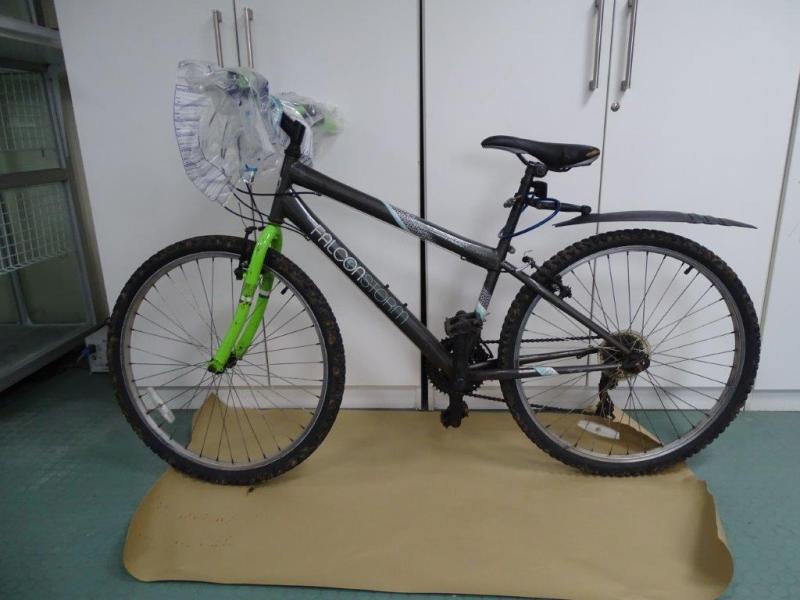 Gardai are seeking information from anyone who has seen this bike

GARDAI investigating the murder of Offaly schoolteacher Ashling Murphy have an image of a new person of interest.

It is understood the officers are examining a still image of footage obtained from a CCTV camera in Tullamore town centre which shows a man on a bicycle.

Gardai also had that image on Thursday when they were questioning a man, described as a 40-year-old, before he was released and completely eliminated from their enquiries.

He had been held since Wednesday evening following the discovery of fatal assault victim Ashling Murphy (23) on the bank of the Grand Canal at Cappincur near Tullamore.

The image shows a man on a bike which is similar to the bicycle which gardai are seeking information about today.

It is believed a similarity in appearance between the individual on the bike and the previous suspect was one of the reasons a man with no connection to the crime was mistakenly identified and detained.

Sources close to the man who was questioned at Tullamore Garda Station indicated that confusion could have been caused by his beard.

They have renewed that appeal since because it is believed the bike and its movements prior to the crime are crucial to the investigation.