High demand for book of tributes to beloved Kildare priest 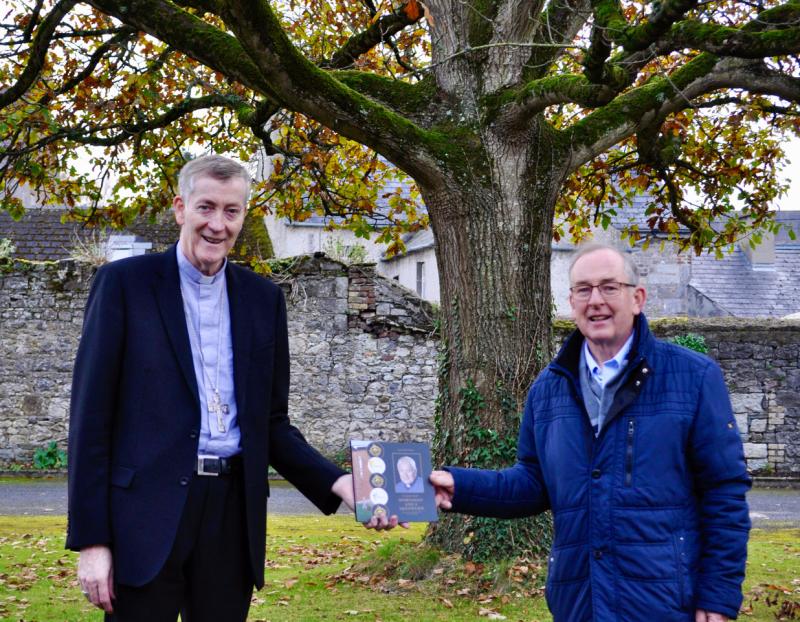 Bishop Denis Nulty being presented with a copy of ’Sportsman and a Shepherd’ by Joe O’Brien, one of the editors. Because of Covid concerns, no formal launch of the book was held

The book of tributes to the late Fr. Jimmy Doyle is back in the shops following a reprint of the best selling publication.

The reprint was ordered after the book, ‘Sportsman and a Shepherd’, was sold out days after it was first published on December 2.

Fr Doyle, who died in October last year aged 76, was closely associated with Kildare GAA while he served in five parishes in the county over the decades.

He was also a noted hurler and footballer in his native Carlow and won three county championship medals with his home club, Kildavin.

Fr Doyle served for over a decade in both Naas and Newbridge, and also ministered in Kilcock and Balyna. At the time of his sudden death he was parish priest of Cooleragh Staplestown near Clane.

Fr Doyle was known as a soft-spoken amiable personality who was popular with young and old - especially the sick. He had an easy wit and was a great encourager of Gaelic games.

Fellow clergy, family and friends of Fr. Jimmy have recounted their memories of the sport-loving priest in ’Sportsman and a Shepherd”. 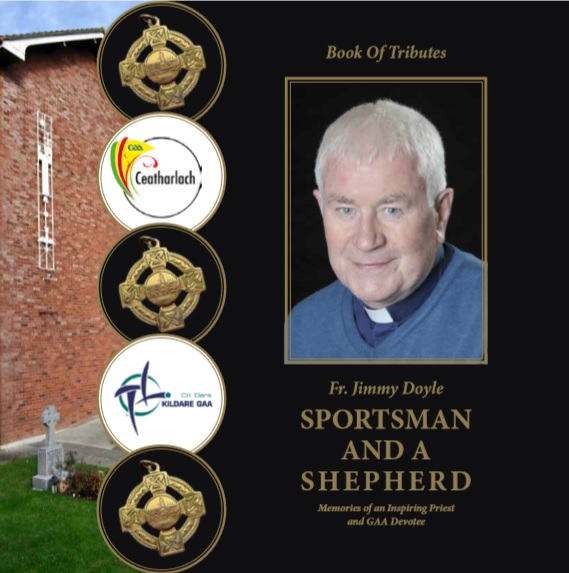 The cover of Sportsman and a Shepherd, out now

The so-called “Fab Four” - the current Kildare GAA senior management team of Glenn Ryan, Anthony Rainbow, Johnny Doyle and Dermot Earley - have all shared their personal stories of how Fr. Jimmy encouraged them.  Glenn Ryan described him as the unofficial confidant of many Kildare players.

The book was prompted by the outpouring of sorrow on social media and the genuine regret at the passing of Fr. Doyle last year.  The title of the book "Sportsman and a Shepherd" is taken from a Leonard Cohen song ”Going Home’.

The collection of stories will be of interest to anyone with an interest in sport and the life of a priest who endeared himself to so many people at a time of crisis for the church itself.