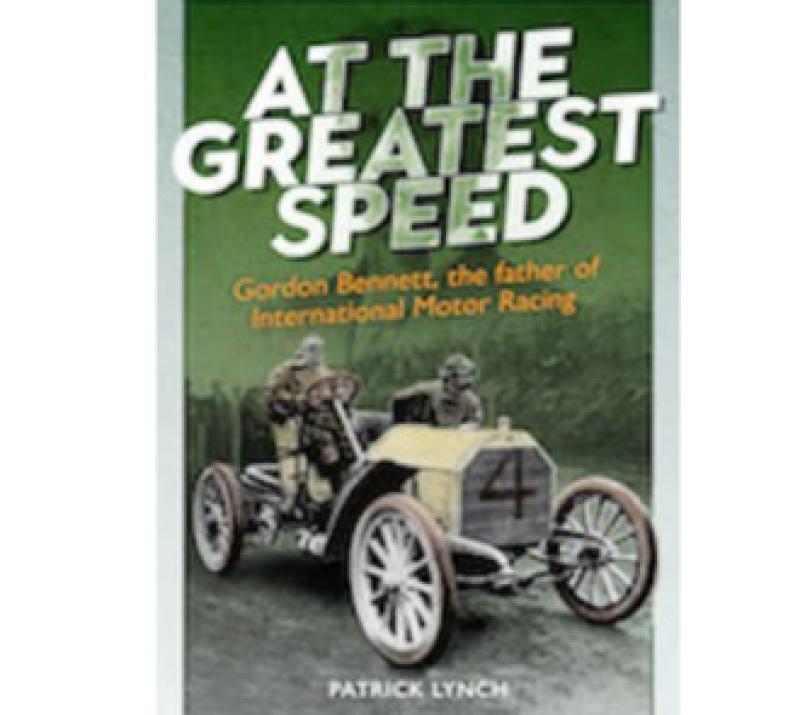 An author from County Kildare has released a new book on motor racing legend (and one of Del Boy from Only Fools and Horses' favourite exclamations) Gordon Bennett.

Patrick Lynch, who is an ROV pilot, was previously a mechanic, a missionary, and a teacher, but now, he can add author to his list of job titles with his book "At The Greatest Speed: Gordon Bennett, the Father of International of Motor Racing".

The book tells the story of multi-millionaire Gordon Bennett, and how he established the Gordon Bennett Cup, which led to the phenomenon of international motor racing that we know today.

According to the author, who hails from Suncroft, At The Greatest Speed "provides a complete history of the main motoring events and races, including the six Gordon Bennett races prior to 1906."

It also goes into detail about Bennett's dynamic and daring lifestyle, in addition to the effects motor racing has had on British and German motor car industries, as well as British Racing Green.

In addition, At The Greatest Speed also documents the cars, drivers, courses and highs and lows of the races at the Gordon Bennett Cup.

Briefly summing up Bennett's contributions to the industry, Mr Lynch said: "His dedicated promotion of early motor-car racing gave a boost to the global auto-industry and was a firm basis to the international racing that is still a thrilling part of our lives over 100 years later."

Mr Lynch added that the expected print run is about 1,000 copies.

He will launch his book in Newbridge's Farrell & Nephew Book store this Saturday December 4, at 2pm.

At The Greatest Speed is published by Unicorn and distributed by Gardner.

It is also available for purchase from Amazon.