Book of tributes to popular Kildare priest, the late Fr Jimmy Doyle, out next week 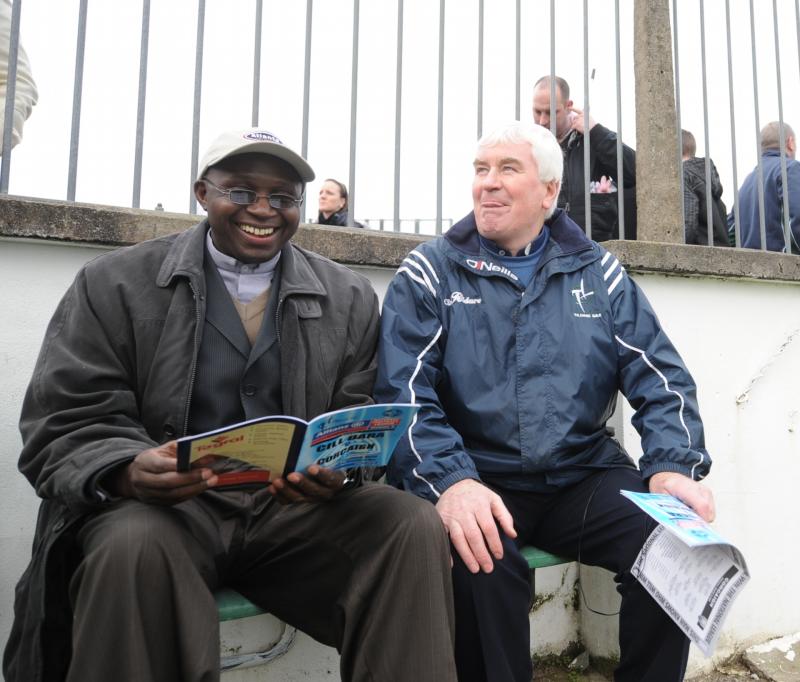 The ministry and sporting years of popular late Kildare priest Father Jimmy Doyle are being honoured in a book of tributes due to be published next week, titled Sportsman and a Shepherd.

Fr Doyle, who spent most of his four decades as a priest in County Kildare, was closely associated with the GAA in the various parishes he served.

A Sportsman and a Shepherd, Memories of an Inspiring Priest and GAA Devotee, is a full colour production with over 150 photographs and 50 stories about his life.

Unfortunately, because of the large number of Covid cases at present, a public launch of the book is not possible.

Fr Doyle served for over a decade in both Naas and Newbridge, and also ministered in Kilcock and Balyna. At the time of his sudden death aged 76 in October 2020 he was parish priest of Cooleragh, Staplestown near Clane. 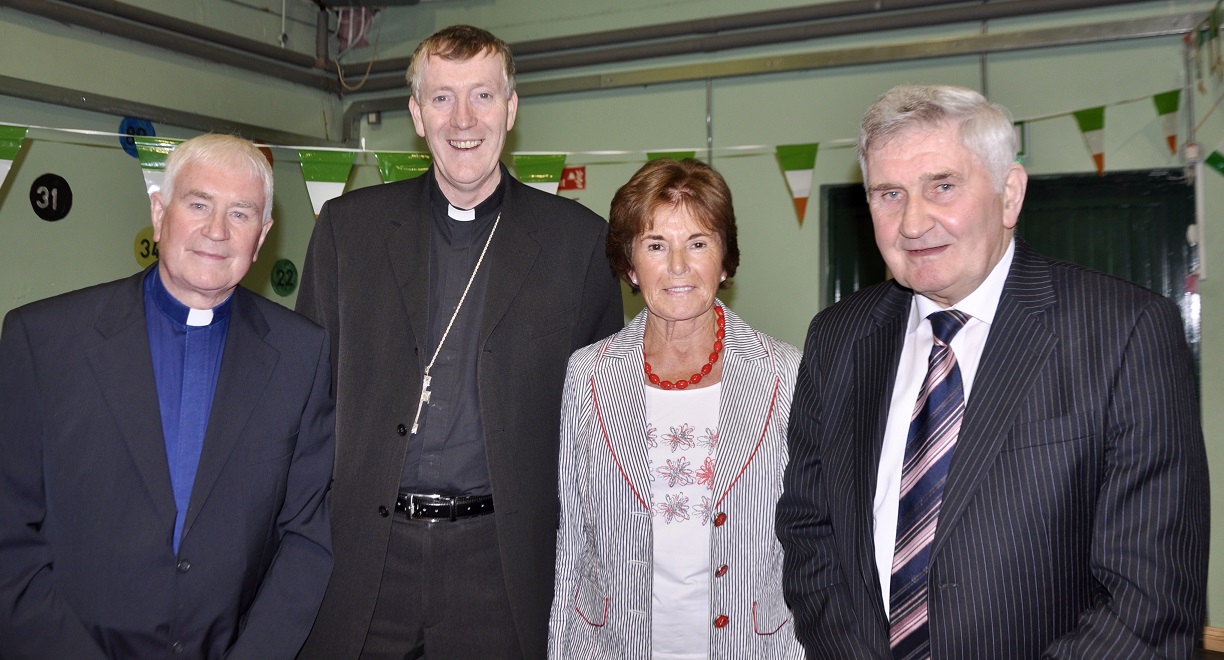 Fr Jimmy after his installation as PP Cooleragh Staplestown in 2014 with Bishop Denis Nulty, Mary Earley and Mick O’Dwyer

Fr Doyle was known as a soft-spoken amiable personality who was popular with young and old - especially the sick. He had an easy wit and was a great encourager of Gaelic games.

Bishop Denis Nulty and Bishop Paul Dempsey, fellow priests of Fr Jimmy, as well as family and friends have recounted their memories of the sport-loving priest in Sportsman and a Shepherd, along with the Revd Gregg Ryan former Church of Ireland rector of Clane and Millicent.

The internationally renowned soprano Celine Byrne shares her recollections and the RTE sports journalist, Damian Lawler, who lives in Naas, recalls his friendship with Fr Doyle.

The so-called Fab Four - the current Kildare GAA senior management team of Glenn Ryan, Anthony Rainbow, Johnny Doyle and Dermot Earley have all shared their personal stories of how Fr Jimmy encouraged them.  Glenn Ryan described him as the unofficial confidante of many Kildare players. 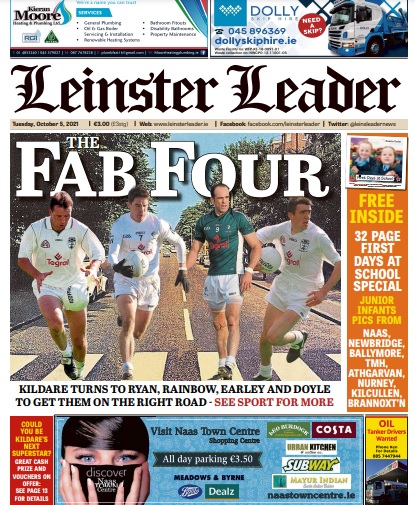 Chairman of Kildare GAA County Board, Mick Gorman (St. Laurence’s) said Fr Jimmy charmed schoolchildren with stories of GAA glories and influenced many clubs. Fr. Jimmy, he said, was a great supporter of county teams and a regular attendee at conventions.

Fr Jimmy was associated with Gaelic games since he was a youngster in Carlow. He said the best gift he ever received was a present of a football at the age of six. He played senior football for County Carlow during the 1960s and won three senior county football medals with his native Kildavin in 1966, 1970 and 1973. He often remarked that he was the only priest in his diocese with such an achievement.  Earlier, he had captained Kildavin to win the Junior Hurling Championship in 1962.

Fr Jimmy nearly never became a priest. He was an only son with four sisters. When he left secondary school, he was needed to work on the family farm. His father was reluctant to allow Jimmy go forward for the priesthood because he wanted him to inherit the farm. Eventually after six years, his father relented and Jimmy commenced his clerical studies.

During those six years as a full-time farmer, was a leading member of Carlow Macra na Feirme. He retained a lifelong interest in farming and returned to the family homestead on his free day each Monday to assist on the farm which is run by his sister.

The book was prompted by the outpouring of sorrow on social media and the genuine regret at the passing of Fr Doyle last year.  The title of the book Sportsman and a Shepherd is taken from a Leonard Cohen song, Going Home.

The collection of stories will be of interest to anyone with an interest in sport and the life of a priest who endeared himself to so many people at a time of crisis for the church itself.

This book will be an ideal Christmas present.

It is supported by Kildare and Carlow GAA and by Moorefield and Sarsfields clubs. It will be available at bookshops throughout the county.  Proceeds will go to designated charities.