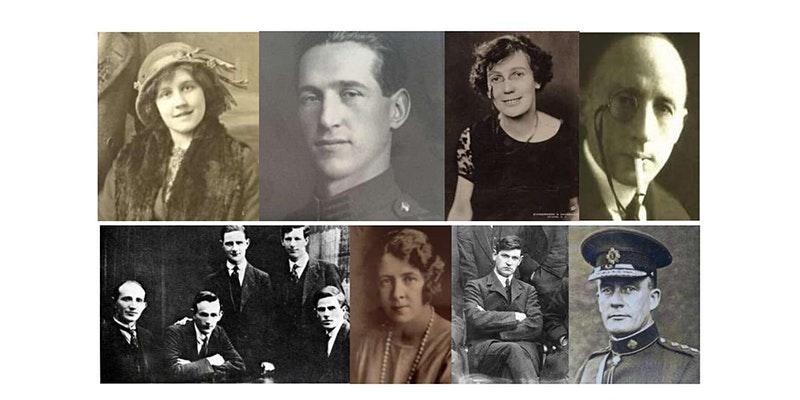 Spies, Informers and Rebels - 1, which takes place this Saturday, November 20, is the first in a series of events organised by Creative Rathangan Meitheal which focuses on the ‘intelligence war’ (1918-1921).

On the Irish republican side, the IRA GHQ Intelligence Department headed by Michael Collins, stood at the top of a nationwide structure of local IRA intelligence officers. Amongst those supplying  intelligence to Collins was Rathangan man, Ned Broy.

According to Todd Andrews this  was ‘the first time in the history of separatism we Irish had a better intelligence service than the British’.

In the first event, John Dorney will set the scene in a presentation entitled 'Intelligence and Counter-Intelligence in Ireland 1919-1921, an Overview'.

James Durney will present his research on the ‘intelligence war’ in Kildare in 'I Spy - Kildare and the intelligence War 1918-21' , and Dr Ciaran Reilly will present 'The Killing of Detective Daniel Hoey of Rhode'.

Each presentation will be followed by a short question and answer session, and the morning will conclude with a panel discussion.

Other events include - Identity, Power and Partition on Thursday November 25, which will mark the establishment of the Northern Ireland State with presentations by Dr Sean B Newman and Dr Ian Dalton.

Spies, Rebels and Informers - 2 will take place on December 4 and will include presentations by Dr Brian Hand on Collins, Tobin and the Squad, Liz Gillis on Women - Spies Couriers and Soldiers, and Seamus Purcell on Ned Broy - The Spy from Rathangan.

The battle for public opinion was another arena in the war between the Irish and British authorities. A remarkable film made in 1921 which could have been used in that contest will be the focus of a talk by Dr Ciaran Reilly - From Brackangh to New York and feature a showing of the complete film with newly composed music. Date to be confirmed.

For information on all these events see Creative Rathangan Meitheal's Facebook page or Eventbrite.