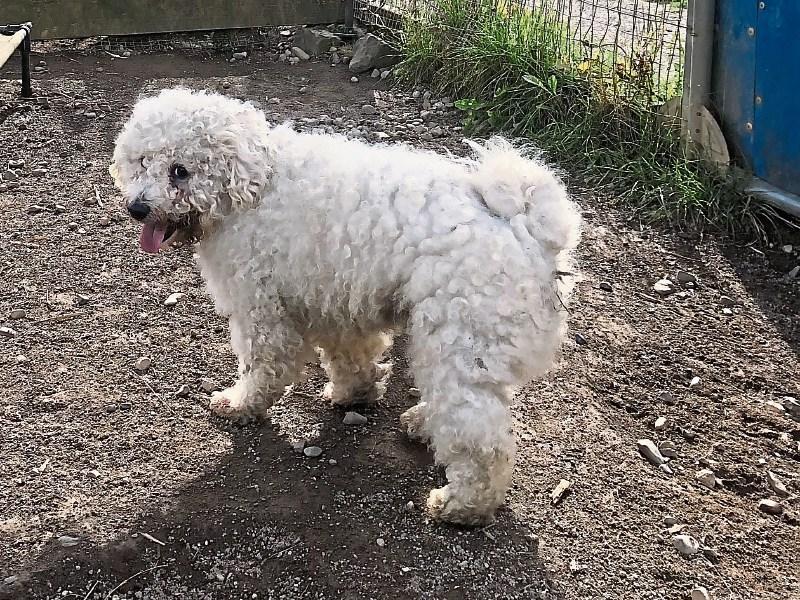 This Bichon Frise was found wandering recently on the road. He was taken to the pound for his statutory five days before coming to our shelter. His coat was in an extremely dirty matted state.

Ideally Bichons should have their coats brushed twice a week to avoid matting and they should attend a groomer every six weeks.

As this breed does not shed their coat it is so important to maintain it by brushing. Otherwise the hair grows into the coat and causes severe matting.

One and a half year old Curly looked like he had never had his coat trimmed in his short lifetime. He had worms and fleas as well as having dust mites in his toes.

It took our shelter volunteer Kelsey almost four hours to remove his thick coat. He needed to be sedated at the vets to remove some of his coat where his skin was very raw.

It is hard to believe that anyone would allow their pet to get into such a terrible state. The very hot days during the summer must have been unbearable for the poor dog.

Kelsey did a brilliant grooming job and thankfully he has had this huge weight lifted off his back and he is now getting used to his new look and sense of freedom.

Bichons adore playing and engaging with people and Curly has made lots of dog friends and is a big hit with all the shelter volunteers. He loves chasing after a ball and is enjoying himself . He will have a long and happy future, which he richly deserves.

The Kildare & West Wicklow Society for the Prevention of Cruelty to Animals (KWWSPCA) is a Registered Charity which investigates and deals with reports of cruelty and neglect to animals, family pets, wild animals and birds, horses and ponies, throughout County Kildare and West Wicklow. 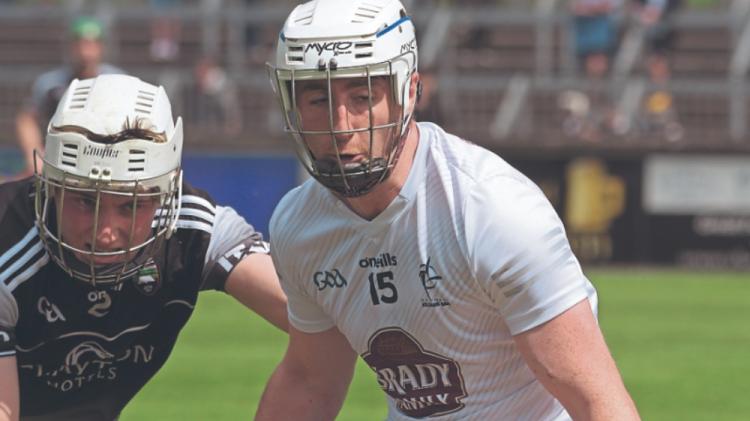 Shane Ryan wins the ball from Sligo's Niall Kilcullen in Round 5 of the Christy Ring Cup at St Conleth's Park, Newbridge, on Saturday. Photo: Michael Anderson 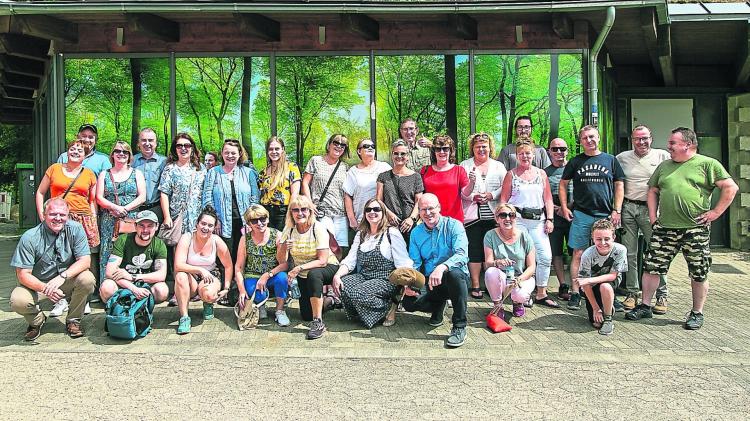 Newbridge visitors to Bad Lippspringe in 2019

Key supports offered by the programme include specialist support and advice from an assigned Creative Associate, training and networking, and funding to implement Creative Schools Plans. File photo