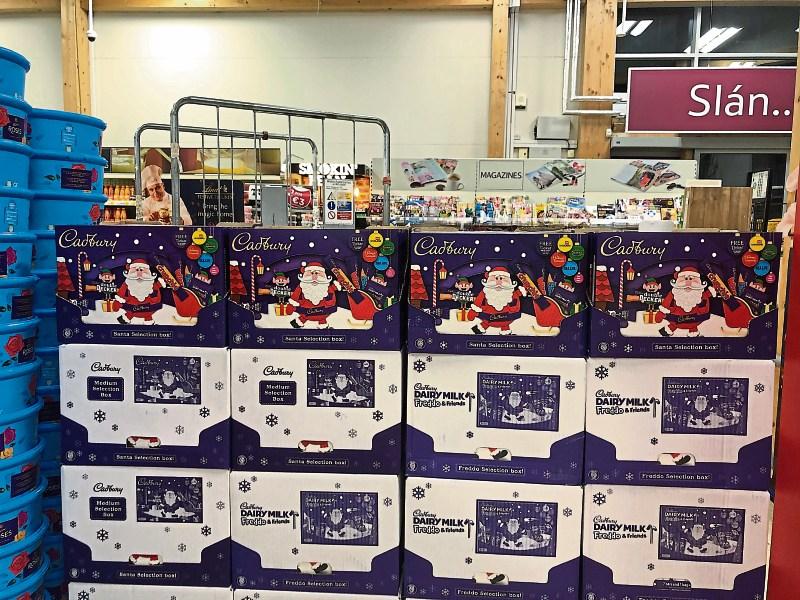 The Consumers’ Association of Ireland has criticised the display of Christmas related goods in some Kildare supermarkets with over three months to go to the festive season.

Products such as Santa selection boxes as well as tins of chocolates and sweets are piled high in some shopping aisles since the start of September.

Dermott Jewell, Policy & Council Advisor at the Consumers’ Association of Ireland said there is annoyance among shoppers on this issue.

Mr Jewell told the Leader: “This has been a growing matter of annoyance for some and frustration for others who see the push for sales coming earlier every year.

“It is, for many, distressing to have to continually explain, especially to young children, that there are months and weeks before Christmas and that the next cause for ‘celebration’ would be Halloween.”

“I can completely understand that it is putting pressure on parents. If Christmas celebrations are “normalised” for four months of the year, the uniqueness and charm of Christmas itself wears off.

“Many parents have no choice but to bring their children shopping because of childcare, it is far too early in the year for Christmas stock to be displayed.”