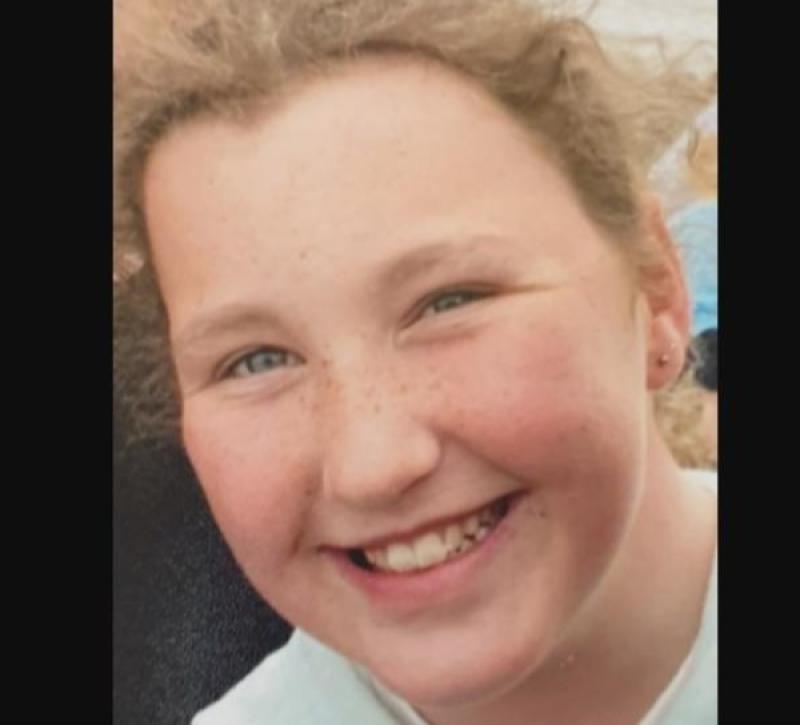 The family of a young girl from Kildare who passed away last week have paid touching tributes to her at her funeral earlier today.

Lucy O'Reilly Fleming was just 11 years old when she sadly passed away on Sunday September 12 just after 6pm following a short battle with Brain Stem Glioma, a type of cancer.

She was diagnosed just under two weeks beforehand, on August 31.

Fr David Vard, who presided over the funeral, spoke of the "anger, sadness, confusion and deep, deep sadness" felt by all her loved ones.

A number of items were brought to the altar to symbolise Lucy, including her iPad, as she was a great communicator and checked in on everyone daily, and a teddy that used to belong to the family dog, symbolising her home life and how she grew to love dogs, despite not being a fan of them initially.

Fr Vard also spoke of her love for books such as Moone Boy and Harry Potter, and how she had "the gift of drawing people to her to have a chat."

"She was a great artist who loved to make handmade gifts for her teachers and friends; she was a truly thoughtful girl with a wonderful laugh that all who knew Lucy would miss."

Fr Vard concluded his eulogy by quoting the grand wizard Albus Dumbledore from the Harry Potter books: "Happiness can be found even in the darkest of times, if one only remembers to turn on the light."

Lucy's parents, Ian Fleming and Louise O' Reilly, then took to the altar to talk about their daughter.

Ian thanked everyone who had helped them over the past few weeks, especially the staff of Temple Street Hospital and her friends and family.

He also paid tribute to her older brother Lorcan for taking control of the house and helping to organise Zoe, Lucy and Lorcan's younger sister, for school, and also described Zoe as being a rock for them.

They thanked Uncle Dylan for gifting Lucy a TV for her bedroom, Louise for being there for him and the local school communities, especially the Patrician Secondary School, and local GP Dr Noel Caffrey.

Ian detailed Lucy's love for her friends, who she affectionately nicknamed "The Elves", and recalled a night when she had a nightmare, so he watched a documentary about The Foo Fighters with her.

He added that her favourite TV programme was Taskmaster and he recalled how she once undertook a task where she had to make a silly face out of slices of bread.

Ian concluded by comparing Lucy to the TV show character, Ted Lasso, and vowed that his family would come back "bigger and stronger and would keep going."

Louise then asked all in attendance to keep in mind eight things when going through life, in keeping with "what Lil Lucy was all about:"

Although she passed away at a young age, it is clear from these numerous, touching testimonies that Lucy was a talented and beloved girl whose memory will live on for a long time to come.

May Lucy Rest In Peace.

If you have been affected by the issues raised in this article, you can call Cancer Nurseline Freefone on 1 800 200 700 or you can visit the website of The Irish Cancer Society at cancer.ie.