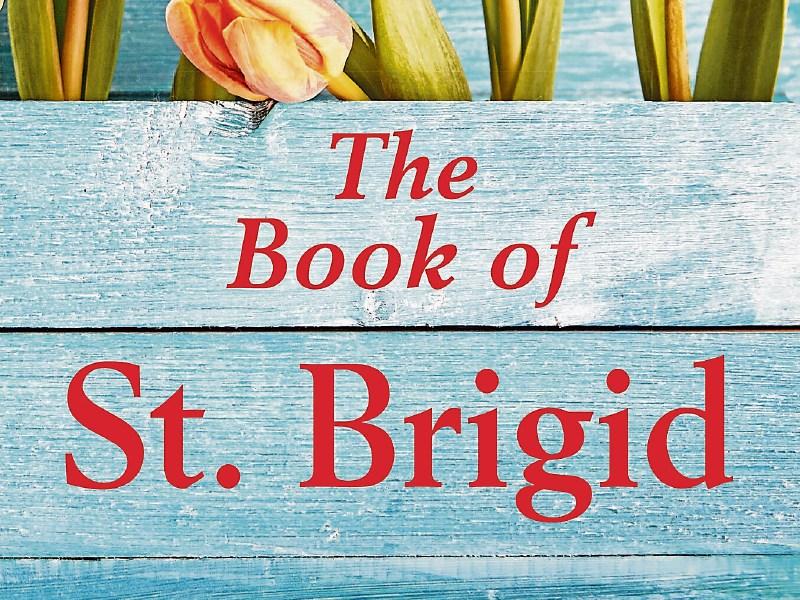 The cover of the new book

The career and legacy of St Brigid of Kildare are featured in a new book, The Book of St Brigid, written by bestselling author Colm Keane and his wife, former RTÉ newsreader Una O’Hagan.

St Brigid’s role as an abbess, monastery founder and miracle worker, who in the fifth and sixth centuries wielded more power in the Catholic Church than any woman has wielded before or since, is explored in the book.

Not only did she set up an innovative monastery at Kildare, but her convents were scattered all over Ireland.

She also travelled abroad, especially to Scotland, where more churches are named after her than any other saint. Her fame also spread down through the centuries.

‘Her Kildare monastery was unique in Ireland and a model for monasteries overseas,’ the authors write in their book.

‘The nuns farmed the lands, tended the herds and flocks, spun and weaved, amassed a library of manuscripts, maintained a guest house, schools, hospital and dispensary, and embroidered vestments. It would take 900 years before anything like it would emerge on the Continent.

‘The Curragh was the community’s pasture ground. The sheep were cared for and protected. Their wool was shorn and made into habits and other nuns’ garments. The cows were fed and milked. Nuns worked in the dairy, where butter and cheese were made. Every day, the large numbers of poor people who sought alms were attended to.

‘The sizeable infirmary was the prototype of a modern hospital. With its vast supply of herb mixtures, the nuns running it looked after the sick poor.

“They also taught in the schools, where students flocked from all over the country. Others worked in the scriptorium, copying and illuminating manuscripts.

‘A great Book of Kildare was designed and written there, according to Gerald of Wales, who saw it. The secrets of the artistry, the images, the colourings, the intricate details were such that “all these things must have been the result of the work, not of men, but of angels,” he wrote. Unfortunately, the Book of Kildare disappeared a long time ago, probably pillaged by invaders.’

Also detailed are her roles in inspiring the first tiered wedding cake and Buy Irish campaign, along with her miracles and cures.

The Book of St Brigid is written by Colm Keane and Una O’Hagan. Colm has published 29 books, including eight No.1 bestsellers. Una O’Hagan is also a No 1 bestselling author. This is her fourth book.