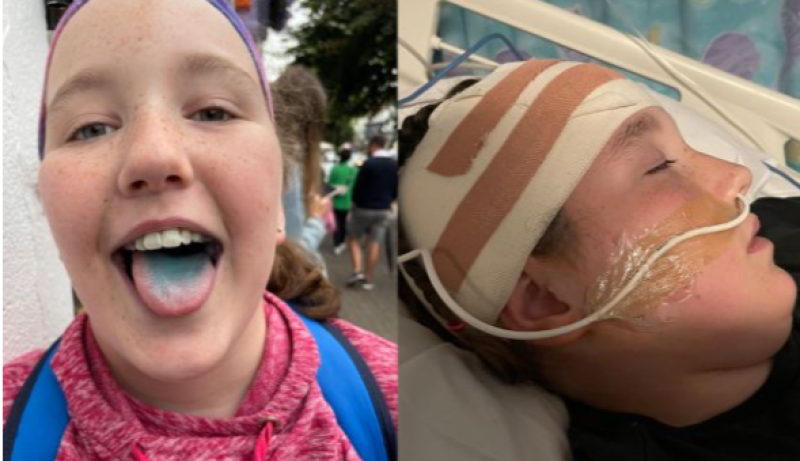 A fundraiser page has been set up for a girl living in Newbridge, County Kildare who was recently diagnosed with a form of cancer known as Brain Stem Glioma.

11-year-old Lucy O'Reilly Fleming found out that she had a malignant tumour on August 31.

Speaking about his daughter's plight, her father Ian said about the fundraiser, titled 'Help Lil Lucy': "Lucy doesn't know the timeline of events right now. She knows she has a tumor and it's bad but we don't want her to know more until we have to tell her."

He explained: "Lucy is going to have radiology treatment and will improve significantly. She should be able to go back to school and play with her friends, which she can't wait for."

"However, we don't know how long this will last for and once she begins to deteriorate, it will be rapid."

"We know we will need equipment, rooms changed and all manner of other items, we just don't know when and what right now. We will have people to assess and help us but we are still feeling lost about all of this."

Mr. Fleming continued: "We would like to be able to make her comfortable as soon as it starts to go downhill, and have what is needed for her. That is the point of setting up this fund."

"This fund will not save her life but it might make her last days as enjoyable as they can be."

He concluded his statement on the page by admitting that he is "terrified" for his daughter.

The fundraiser for Lucy O'Reilly Fleming originally started with a €1,000 goal, but has now amassed over €16,500.

Speaking to The Leinster Leader about the news, Ian Fleming said: "I just want to thank people for their messages of support and any small donation they can give."

Help Lil Lucy can be found on GoFundMe as well as on the official Facebook page for Ian Fleming Designs.

If you have been affected by the issues raised in this article, you can call Cancer Nurseline Freefone on 1 800 200 700 or you can visit the website of The Irish Cancer Society at cancer.ie.