€2.1 million of cannabis found in vegetable delivery in Emo, on Kildare-Laois border 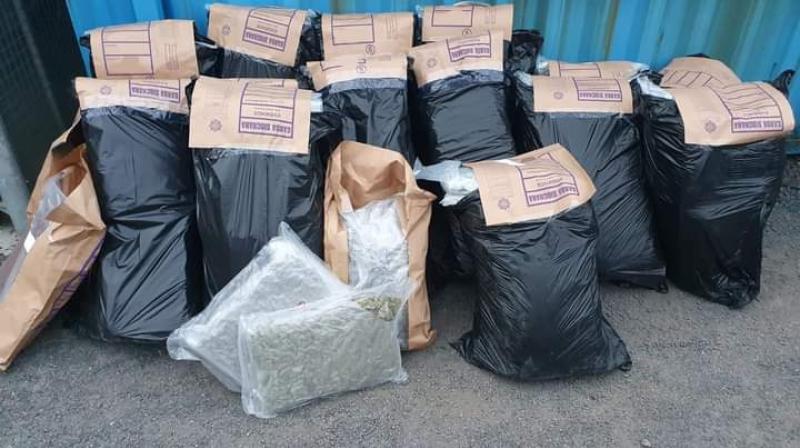 The drugs seized in Emo

Some 121kg of suspected cannabis herb with an estimated value of €2,180,000 was seized by Portlaoise gardai in Emo, just over the Kildare-Laois border, this morning, Monday, August 30.

At approximately 9.30am, gardaí responded to a report of unusual activity on a rural road in the village. Gardaí conducted a search of a storage facility and the surrounding areas and observed a quantity of pallets containing boxes of vegetables, which had previously been unloaded from an articulated truck.

Following a search of these boxes, Gardaí recovered 121kg of packaged cannabis herb (pending analysis), concealed within the boxes of vegetables. The total value of drugs seized is estimated at over €2.1 million.

One man, aged in his 20s, was arrested at the scene and is currently detained under Section 2 of the Criminal Justice (Drug Trafficking) Act, 1996 in Portlaoise Garda Station.

This seizure is part of An Garda Síochána’s national anti-drugs strategy, Operation Tara, which aims to disrupt drug trafficking networks involved in the sale, supply and distribution of controlled drugs at local, national and international level. Investigations are ongoing.

Separately, gardai seized approximately 400 fully mature cannabis plants with an estimated street value of €320,000 during a raid at a residence in Edenderry, on the Kildare-Offaly border, this morning.

This search was part of a large-scale operation led by the  Louth Divisional Drug Unit targeting the cultivation and manufacture of cannabis for the purpose of onward sale, supply and distribution in Drogheda and the surrounding areas.

Another search in Drogheda on Monday resulted in the seizure of 80 fully mature cannabis plants with an estimated street value of €64,000.

All drugs will now be sent for analysis.

Three men, aged in their 20s, 30s and 40s, were arrested during the search operation. They are currently detained in Drogheda and Balbriggan Garda Stations under Section 2 of the Criminal Justice (Drug Trafficking) Act, 1996. 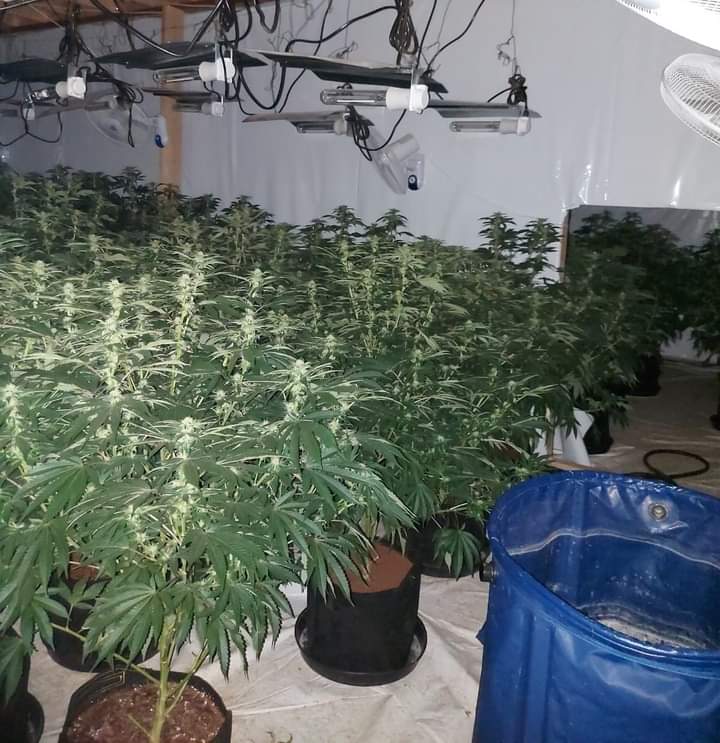