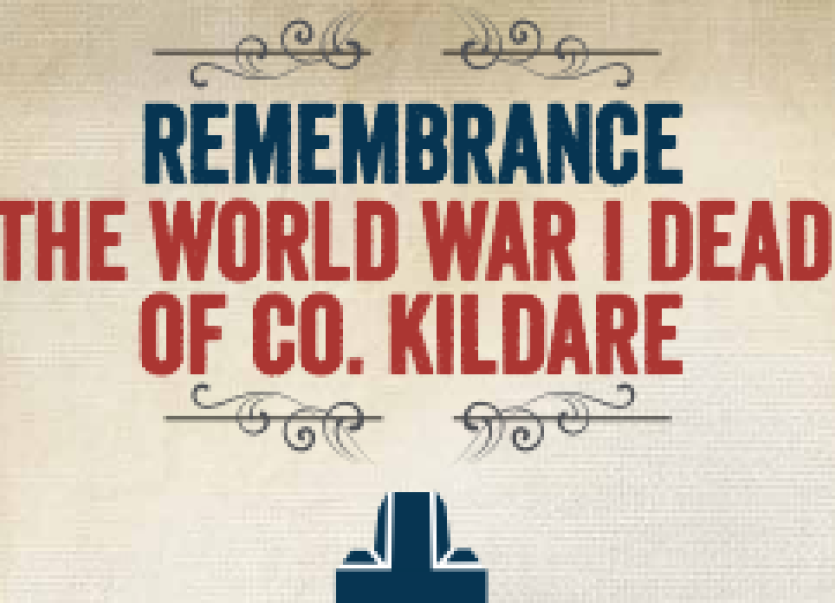 This new publication contains the names and biographical details of servicemen and some non-combatants who were born or lived in Co. Kildare, and who lost their lives as a result of the First World War.

The Kildare war dead lie in Flanders, France, Turkey, Africa, India, and Britain, as well as in the county of their birth. The book is beautifully illustrated with photographs of many of the participants, their graves and war memorials in Co. Kildare.

It will be launched online on Thursday, 17 June at 19.30 by the Cathaoirleach of Kildare County Council, Cllr. Mark Stafford.

This will be followed by a short presentation on Irish participation in the war by Ronan McGreevy, Irish Times journalist and author of Wherever The Firing Line Extends: Ireland and the Western Front.

Everyone is welcome to attend the launch which is taking place as part of the 5th annual Irish Military Seminar 2021. Please register via www.kildare.ie/ehistory or https://www.eventbrite.ie/e/launch-of-remembrance-wwi-book-and-talk-by-ronan-mcgreevy-tickets-156115243897

“We too are among the ranks of the forgotten…”

The 1913-1923 period was one of immense change in Ireland; a time of rebellion, war and political upheaval which influenced the socio-economic fabric of the country. A seminal event of the period, World War I became known as the Great War given its scale compared to previous conflicts; it changed the political, economic, social and cultural nature of Europe forever. This important new publication, which has been produced as part of the Co. Kildare Decade of Commemorations programme, assembles the available biographical information on each of these fatalities. It has been compiled and edited by Karel Kiely, James Durney and Mario Corrigan of the Kildare Library and Arts Service; many family members and local historians have assisted their research by providing information and images

The book will be available to purchase in local independent bookshops and the Kildare Town Heritage Centre from Friday, 18 June. For further information please contact cilldara2016@gmail.com