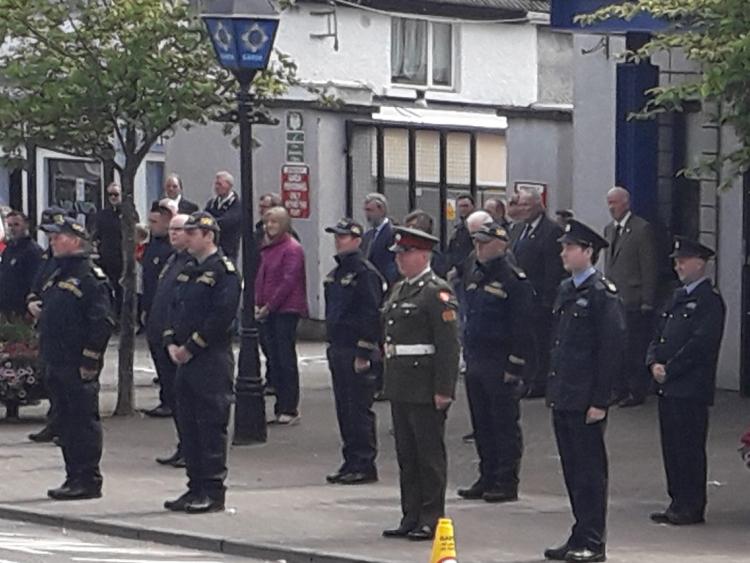 Pictured at a ceremony outside Newbridge Garda Station

A brief ceremony was held today, Sunday June 21, at 12 noon outside Newbridge Garda Station, in honour of Det Garda Colm Horkan, shot dead in Castlrea, Co. Roscommon on Wednesday last. The ceremony coincided with the beginning of the Detective Garda's funeral Mass in his native town.

Traffic was halted as a minute silence was observed, followed by a brief prayer and a short address from Inspector James Molloy.