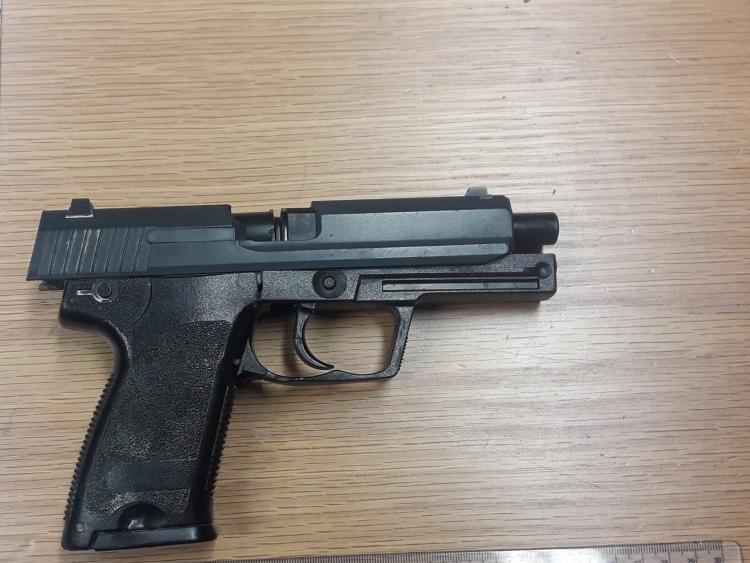 As part of Operation Thor, gardaí from Kildare have arrested a man in his 20s in possession of a firearm yesterday, Tuesday 13 August 2019.

Gardaí from Kildare were on patrol at Brownstown, Co Kildare when they observed a male with a concealed item.

On searching the male, a firearm was recovered which he had concealed on his person.

The man in his 20s was arrested and is currently detained at Kildare Garda Station under the provisions of Section 4 – Criminal Justice Act 1984.