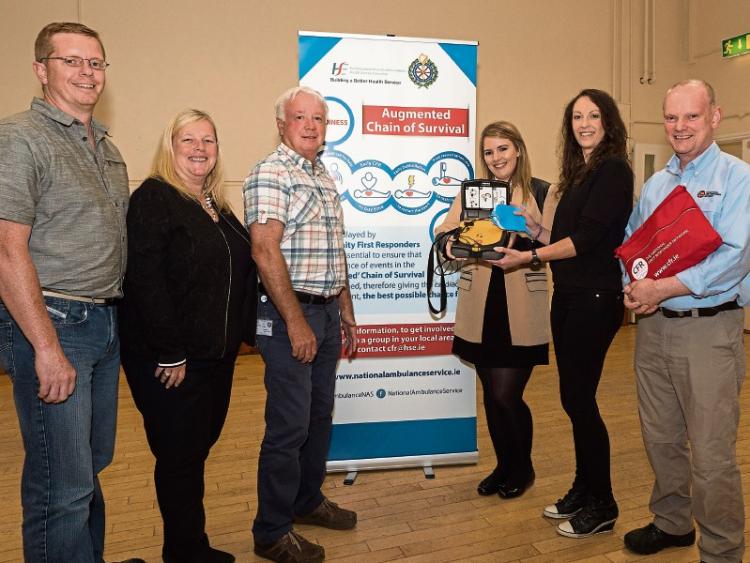 A Community Responder Group has been set up in Naas for the first time.

The Naas Community First Responder Group is a voluntary organisation, manned by local people, who either work or live within the Naas area.

Community First Responders (CFRs) are civilian responders who are trained to international standards in cardiopulmonary resuscitation and defibrillation.

They are part of a local CFR scheme, which is linked to the National Ambulance Service.

“When the emergency services are alerted to a case of cardiac arrest, chest pain, choking or stroke, a civilian responder from the CFR scheme is automatically dispatched to the scene along with the ambulance services,” explained Kathryn Morbin, who was involved in setting up the group.

First Responders are only dispatched to chest pain, breathing difficulties, choking, stroke, and cardiac related calls within a 5 kilometre radius of their communities and because the people are “on call” live or work locally, they can respond in minutes and provide emergency measures and reassurance until the ambulance personnel arrive.

Civilian responders are trained to international standards in CPR and defibrillation. The main objective of the group is to enforce the so called Chain of Survival — early access, early CPR and early defibrillation.