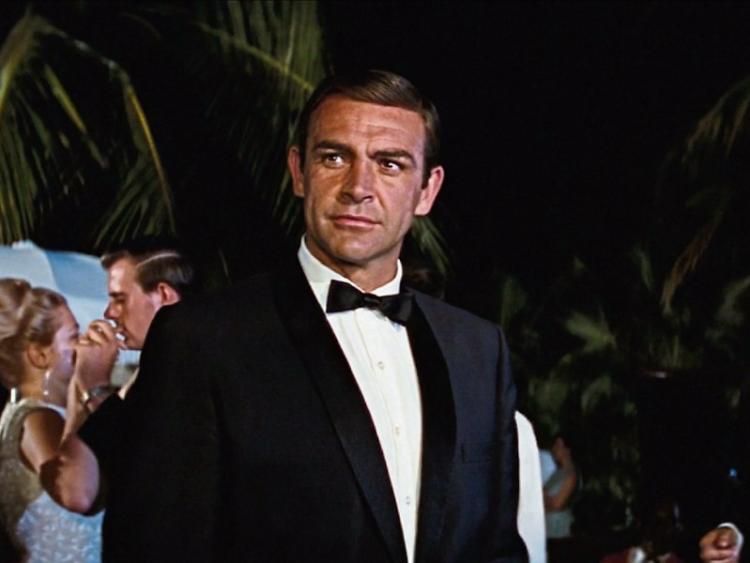 It’s Straffan House in 1975 and Burgess Meredith, who plays Sylvester Stallone’s wily old trainer Mickey in the Rocky movies, is dressed up as a clown.

He’s performing beneath a huge Duffy’s Circus tent and alongside him are Eric Clapton, Mick Jagger and Shirley Maclaine. The music is provided by The Chieftains, the stellar movie man John Huston is the ring master and John McColgan, who went on to Riverdance, fame is directing the recording of the show for RTE television.

Sean Connery is part of this incredibly surreal scene too, and the reason he’s there is because of the working relationship he enjoyed with then owner of Straffan House (now the K Club hotel), Kevin McClory.

I heard McClory’s name for the first time at Christmas but long-time residents in Straffan are no doubt familiar with Mr McClory, who bought the estate in 1973 and split his time between there and a place in the Bahamas.

There are stories about Kevin’s love of animals and how he was known for walking a huge pig, on a lead, up to Sunday mass and tying the animal up outside before walking home again after service.

But these eccentricities only enhanced McClory’s reputation for those who knew their neighbour as the man who created James Bond, which was the back story to why Connery was in Duffy’s tent that day dressed as a clown.

This story features in a recently released RTÉ Radio documentary by Thomas Black and when I first heard about the Production, I immediately defaulted to the biased conclusion that ‘James Bond was a Straffan man!’

But the bizarre thing about it is that there’s substantive truth in the connection between Straffan and James Bond.

Kevin McClory was originally born in Dun Laoghaire, and long before he moved to Kildare he worked in the movie business beside John Huston, and on movies like Around the World in 80 Days.

He’d a reputation for being fearless, ambitious, charming and oh, he once dated Elizabeth Taylor.

And, according to one story, he rescued the whale model of Moby Dick after a storm set it adrift in the seas around Youghal, during the filming of the movie with the same name in 1956.

READ MORE: The triumphs and disasters of Naas fashion in the 80s

Everyone watched helplessly, believing the whale to be lost, until McClory jumped into the sea and anchored the huge model with a chain.

McClory’s early ascent in the movie business was rapid and he had a famed meeting with James Bond author, Ian Fleming, in Claridge’s Hotel, London, in 1958.

Fleming, at that point had written eight novels about 007, but in McClory’s mind the secret agent Fleming created was cold, austere and nothing like the suave, Martini-drinking, quick witted character now accepted in popular culture as James Bond.

Fleming had yet to sell any movie rights and McClory, along with another man, Jack Whittingham, created a new version of the character and wrote the screenplay for the movie Thunderball, of which Fleming went on to claim ownership.

A long legal process followed as McClory fought Fleming and the studio backing him for the intellectual property rights of his James Bond. Thunderball was supposed to be the first big budget Bond movie, but because of the legal action taken by the one-time Straffan resident, the production was postponed and Dr No got rolled out first.

Eventually, Fleming and the studio settled with McClory, Thunderball got made, villains like Blofeld — created by McClory and Whittingham along, with the sinister Spectre organisation — entered the mainstream, and the Irishman became enormously wealthy.

But for the rest of his life, and during the Straffan years, he continued to fight for the property rights for James Bond. It wasn’t until after his death in 2006 that his family did a deal with the studios and handed back the rights belonging to their father. This freed up the studio to make Spectre with Daniel Craig, and of course the production has become one of the biggest grossing Bond movies of all time.

I know we are quick as a nation to celebrate great deeds and exports of talent but I don’t know if there is a blue plaque outside the K Club that celebrates the James Bond connection and its former owner.

If there is I apologise and make the excuse that I’m out of the country. If there isn’t, then there should be.

There will never be another circus act to match that which McClory created in 1975 but at the very least the bar would do a boon in Martinis.

The RTÉ radio documentary — 007, The Irish Connection — is available on the RTÉ website.