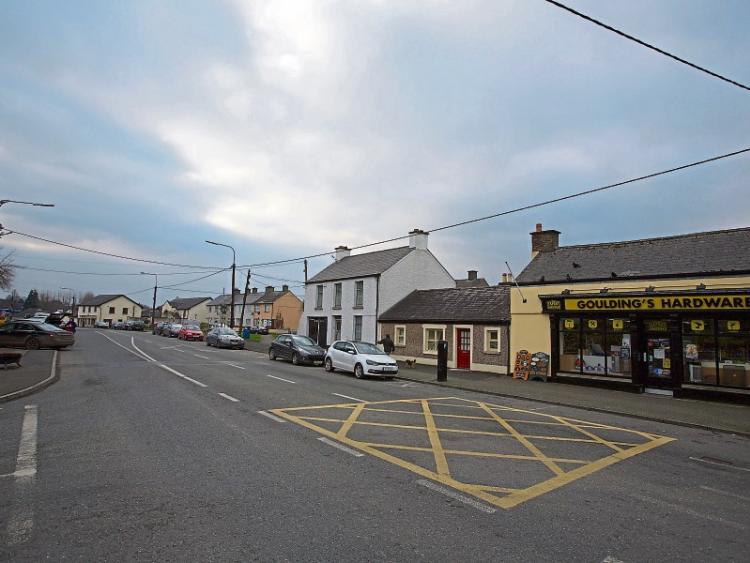 Politics as the art of compromise was on display recently at Naas Town Hall as the great debate about more cycle lanes meandered to a conclusion.

The nine councillors on the Naas Municipal District decided by a majority of 6-3 to accept the creation of cycle lanes on the Kilcullen Road — and the loss of parking spaces.

The observation that cycle lanes and parking spaces are contentious
issues in Naas hardly needs to be made.

When the plan first emerged it was proposed to cut the number of parking spaces by two thirds — from 33 to 11.

It happened around the same time that Mattimoe’s shop closed. This was the latest in a long line of shop closures.

The car parking plan was understandably opposed by two local businesses — Swan’s on the Green and Goulding’s Hardware — who between them have been in business for nearly 80 years.

Around the same time an action group was formed out of an angry public meeting of residents, mainly Naas natives, in the Town House Hotel.

Other issues fed into the debate, such as the loss of the town centre car park over a decade ago (this is the Naas Shopping Centre site) and figures produced by Naas councillor Seamie Moore some time last year which showed that Naas has lost 75% of car park spaces.

Larry Swan estimated that over 90% of his business arrives by car and Pat Goulding said that if his
customer has to walk 150 yards carrying two buckets of paint to a car parked on an available space then he might start to lose business.

The opponents also point out that cycle lanes are not used. But is because they’re not wanted or that there is no joined up cycle route ?

The councillors were aware of the opposition but still most went ahead with lanes.

There is the likelihood that some of the 22 car parking spaces to be lost on the Kilcullen Road will reappear.

It appears that up to eight will be found in three locations in the general area — at least two at Ballymore Road close to Swan’s, four closer to the town at Fairgreen and another two in the area where clothing and bottle banks are situated near Super Valu.

There is the suggestion too that more may be sited on part of the green area of Fairgreen, though this, if it happens, will be for the future and is likely to mean a land rezoning in that area and the councillors will decide this.

And it could be further complicated by that area’s historical significance.

This was the best outcome, though many will be disappointed.

It was the best outcome because the councillors and Kildare County Council didn’t get to do away with all of the parking places that it was originally intended to do away with.

And in the case of the aforementioned two, it would be a pity if a town hall decision — however unintended — led to the demise of either. And at the same time the cycle lanes will go in. Hopefully they will be used and we will come to depend a little less on our cars.

The views of everybody were taken into account in a transparent process and there are many places on earth where the views of the people are ignored.