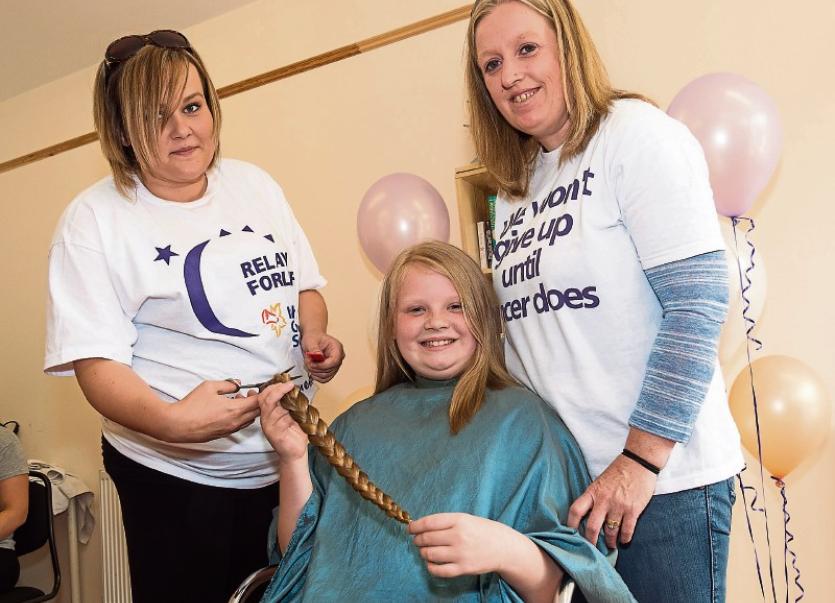 A brave Suncroft girl had her long blonde hair cut last weekend for a Relay for Life cancer fundraiser.

Twelve-year-old Katherine Howe-Hall was the star attraction at the Charity Cuts event, which ran from 10am to 4pm in the Suncroft Community Complex.

“My wonderful daughter, Katherine, aged 12, is doing something amazing for a very worthy cause,” said her proud mum Mary, before the cut took place.

“For the last two years, she has been letting her hair grow in order to get it cut for the Irish Cancer Society, so that it can be made into a wig for a cancer patient.

“She is doing it in memory of our dear friend Dec and my mam, both who sadly passed away to cancer, and also in honour of a dear friend of Katherine’s who is currently fighting her own battle.”

Speaking after chop last Sunday, Mary remarked Katherine took it all in her stride. 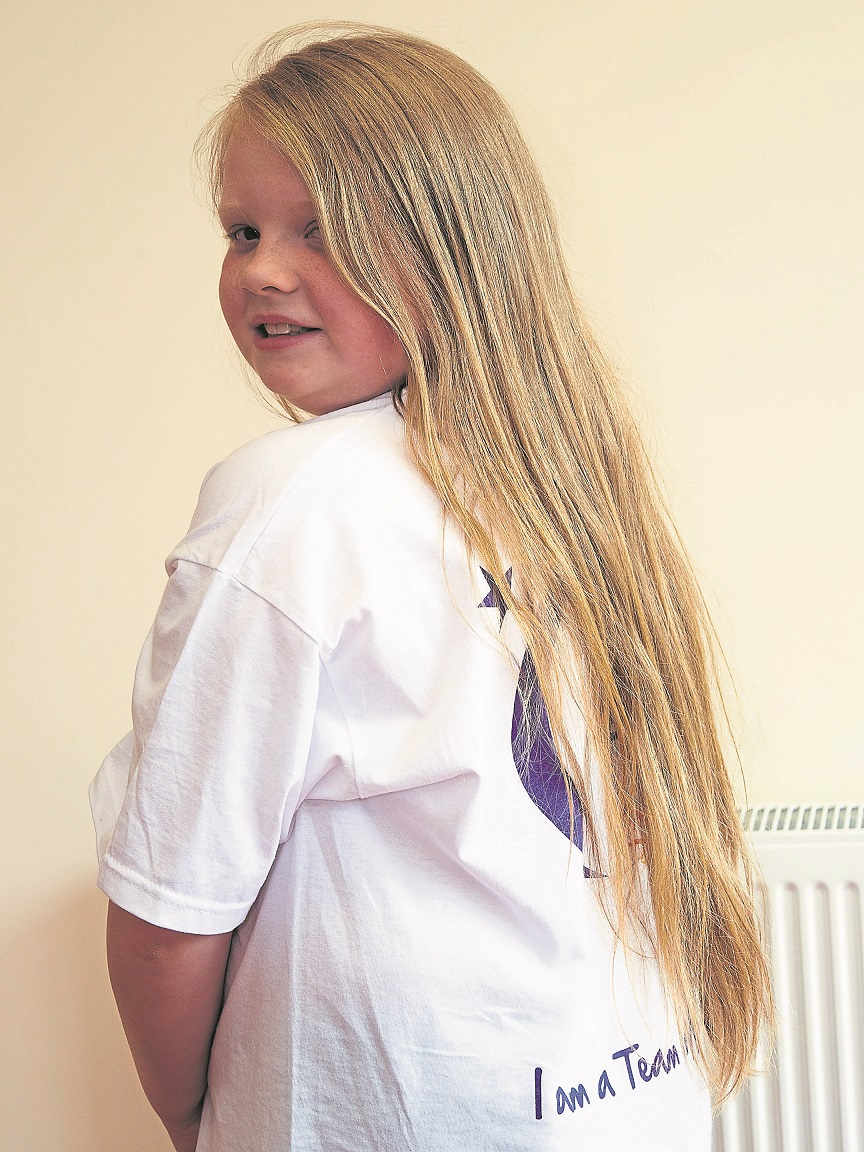 Katherine before the big chop for charity

“I was the one that was up in a heap. She had a big smile on her face. She was a bit nervous about the photographer coming, but she was fine.

“She has raised over €700 and she is still waiting on some sponsorship cards to come back in.”

Katherine, who has just finished sixth class at Scoil Bride in Athgarvan, got her hair cut in conjunction with Team Hope and Inspiration, Relay for Life.

Throughout the day people could pop in to get a hair cut with professional hairdressers. All funds raised will go towards the Relay for Life event in Punchestown Racecourse this August.

“It’s a fantastic event to raise funds for the Irish Cancer Society. No family has escaped from cancer in some shape or form. There are so many people affected,” said Mary.

“There was great support for the event and it is such a worthy cause.”

Katherine and Mary have been in touch with Rapunzel, the charity, which makes wigs for children with cancer, to send on her beautiful golden locks.

Mary even remarked Katherine would love to do it again.