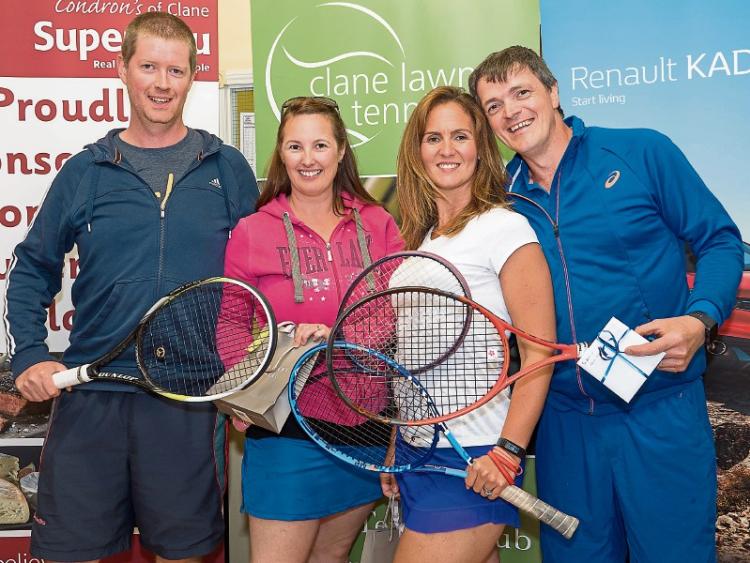 There was a great turnout for the finals of Clane Tennis Club’s annual Business House tournament on
Saturday, June 24.

Spokesperson, Liam Burke, said the weather was terrific for tennis.

At the presentation awards on Saturday evening, chairperson, Sean Lavin, thanked all 20 teams for participating.

Results wise there was an all Clane final in the Grade A event.

In the Grade 2 event, the Rathangan team, Lucky Strings, drew 17 games all with Clane's Chopper Squad but Rathangan won out on first doubles score.

The previous night, Friday 23, the club had a visit from the CEO of Tennis Ireland, Richard Fahey.

Mr Fahey was shown around the club house by chairperson, Sean Lavin, and club captain, Barry Kiely, among others.

The club has made an appliction for a major sports grant.