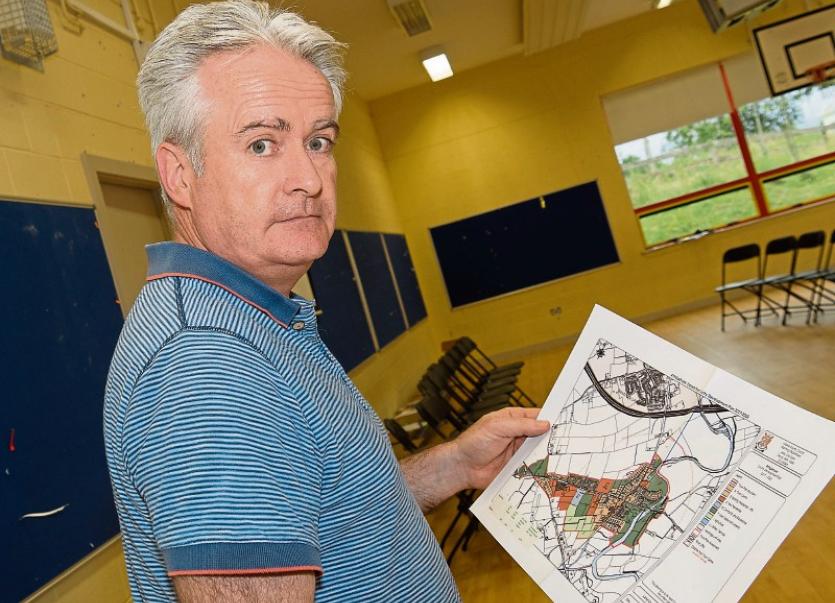 Resident Mel Mimnagh with a map of Athgarvan

“When I’m standing at the sink in front of my window, I see these huge trucks speeding by,” said one Athgarvan resident.

“I wanted to go out in my garden today, but I couldn’t because of the noise,” declared Trish Dolan.

Another resident highlighted how she had been lobbying the council for a footpath to the school after she saw a few near misses. Other’s spoke about large tailbacks at peak times.

Last night's gathering was the second public meeting organised by Athgarvan Development Committee to discuss the future of the village.

The first was organised in the wake of three new planning applications – two for “town centre” developments and one for seven houses. 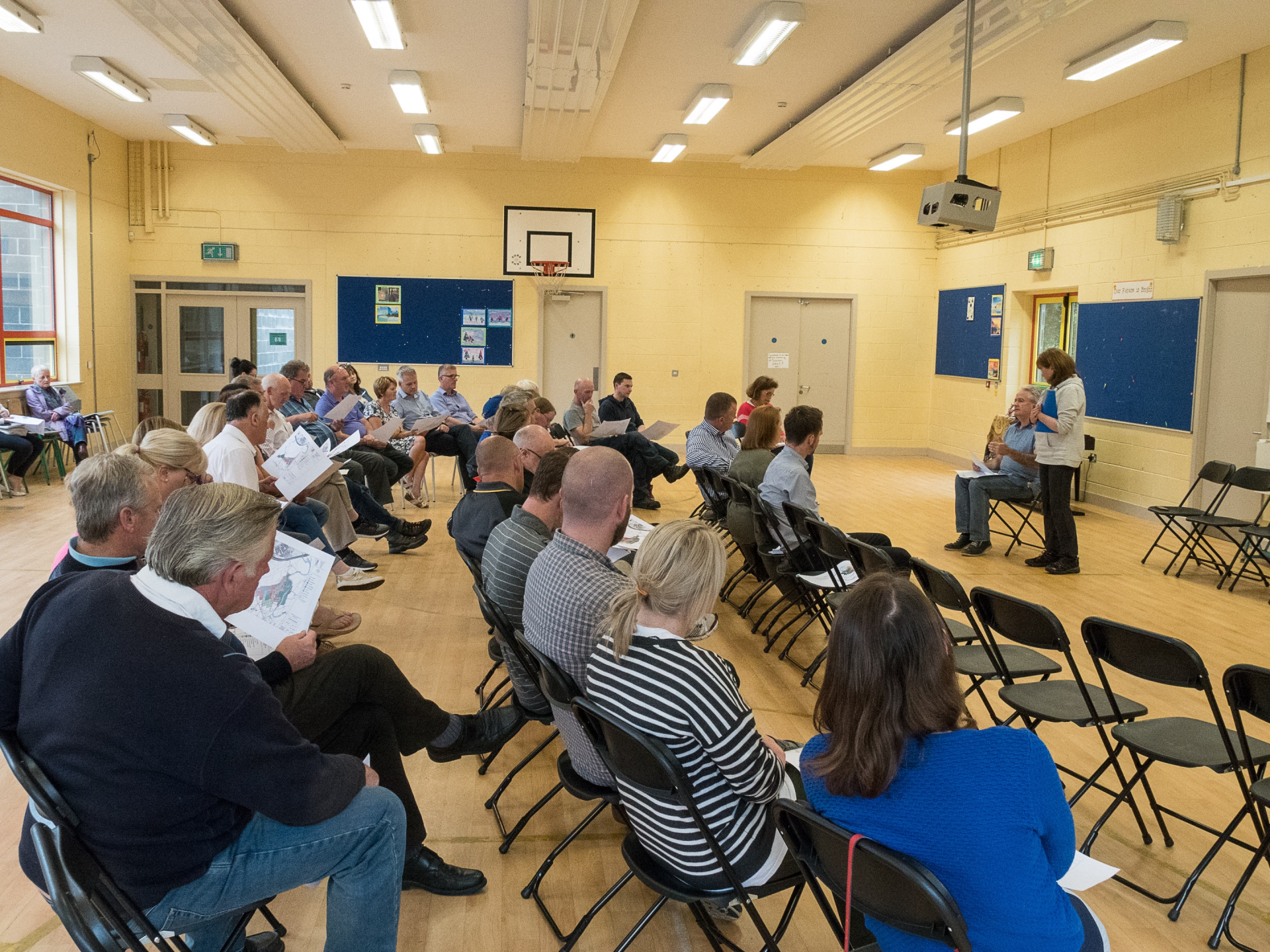 Committee member, Mel Mimnagh outlined how the council has asked for further information on the two "town centre" developments including a road safety audit, mobility plan, details on car parking, and the height of some of the proposed buildings.

“I just feel frustrated and tired of the whole thing,” she said.

She said she felt the council were pushing the onus back on the local community and she came away with a huge list of things to tackle. She said the residents were not allowed to lobby on the planning applications, but had to talk in hypothetical terms.

She said she was told a portion of land near the school was earmarked for community and educational use. However, she was later approached by the land owner to say that land was in private ownership and couldn't be used.

However, in relation to road and transport, Ms Dolan did explain a council official said they would come out, see what needs to be done, and do a cost on it.

She questioned how long that would take, and in the meantime the planning applications were being determined.

The politicians present, Cllrs Sean Power, Suzanne Doyle, Mark Lynch and Dep Fiona O’Loughlin pointed out the council did listen to the residents given the type of information the planners sought on the planning applications.

Ms Dolan acknowledged they may have listened more than she realised, but she was frustrated by the lack of progress.

“I am very angry about this. I have lived for 15 years in Athgarvan,” she said.

“Where is the research to show there is a need for 14 shops?” 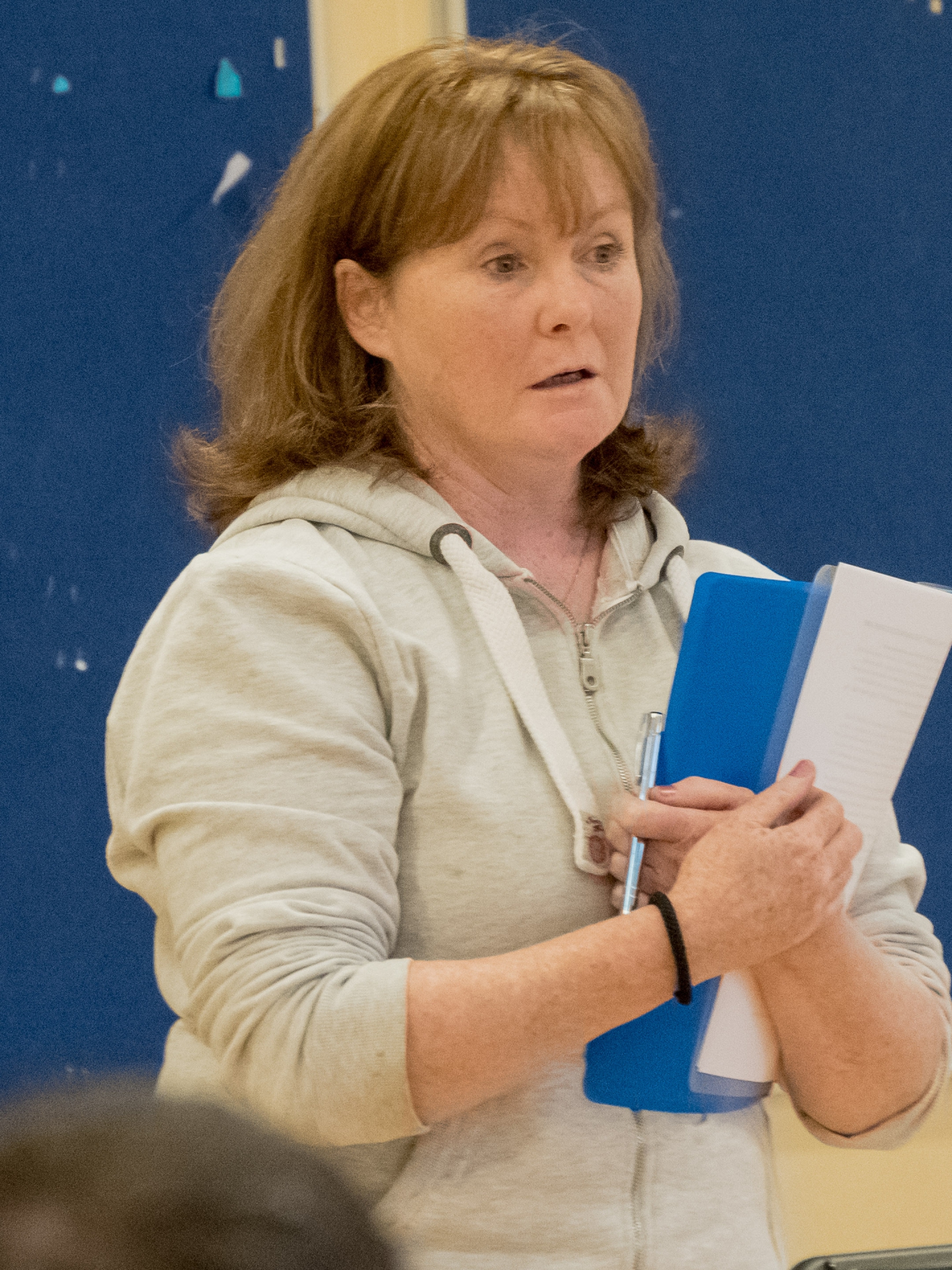 Two of the speakers said Athgarvan should be classified as a village and not a town in the County Development Plan.

Cllr Doyle said an Integrated Service Providers (ISP) plan could be done involving all the community groups and clubs to set out the needs for Athgarvan. She said it had been done in other towns such as Kildare and Kilcock.

She said in the County Development Plan, it stated the town centre should have a community/civic focus. She pointed out there were other areas in Athgarvan which were zoned as open space and amenity that could be used for community gain.

Cllr Doyle said if Athgarvan was designated as a village, it would not get funding for plans, or investment that towns get. She said the designation was put in placed to protect it from being swallowed up by Newbridge.

He pointed out both sites were going to be developed one way or another. He said central funding could be accessed for works in the area, but the community had to prioritise what was needed.

He suggested the residents divide their priorities into short term, and long term goals that are achievable.

Two residents of Millford and Connolly Villas said it was impossible to get out their entrance in the mornings due to traffic. Problems with connecting to the sewage system were also highlighted at Connolly Villas.

The meeting was also informed that council land beside Mountain View had been identified as a possible site for social housing.

Cllr Power said councillors had set aside money from the Local Property Tax fund to hire an architect for town design plans for Newbridge and Kildare town. He said things were not progressing as quickly as they would like, but it would happen, and Athgarvan could be included.

Dep O’Loughlin stressed Athgarvan was designated as a “small town” as opposed to a large town.

She informed the meeting there was an urban design process initiated by Joe Boland of Kildare County Council with James Hennessy visiting Kilcullen and Rathangan. She suggested arrangements could be made for him to visit Athgarvan.

Architect, Derek White, who designed the plans for Jim Rainsford, said he was hearing what people were saying.

“You need to form your own committee with your own priorities so you can control development rather than stopping it,” he said.

“You can’t depend on the council to do it. They don’t have the staff to do it, they are focused on planning applications. That's what they do.”

In relation to the current Rainsford application, he said the units were for a doctors’ surgery, chemist and small units.

“Jim is not a developer as such, he did not buy the land to make money,” said Mr White.

He said his client wanted to make sure the plan was done correctly and he included five age friendly units for older people who want to stay in the village and be within walking distance of services.

He explained the plans included a public plaza, and the half acre of public space behind the Athgarvan Inn was open to anybody. He said Mr Rainsford was open to putting in some swing sets there, and allowing the Mill Room to become available for meetings or community gatherings such as coffee mornings.

Mr White stressed the Athgarvan junction was at 62% capacity, and tailbacks were being caused by people using the village to avoid traffic on the motorway.

He said Straffan had a similar problem until traffic calming measures were put in.

It was decided to form a committee with representatives from each of the 13 estates. Some of them were not represented, but Ms Dolan said they may have been in attendance from the first meeting.

She said ten years ago, they had a very effective committee and there was no reason why they couldn’t be strong again if everyone got involved.