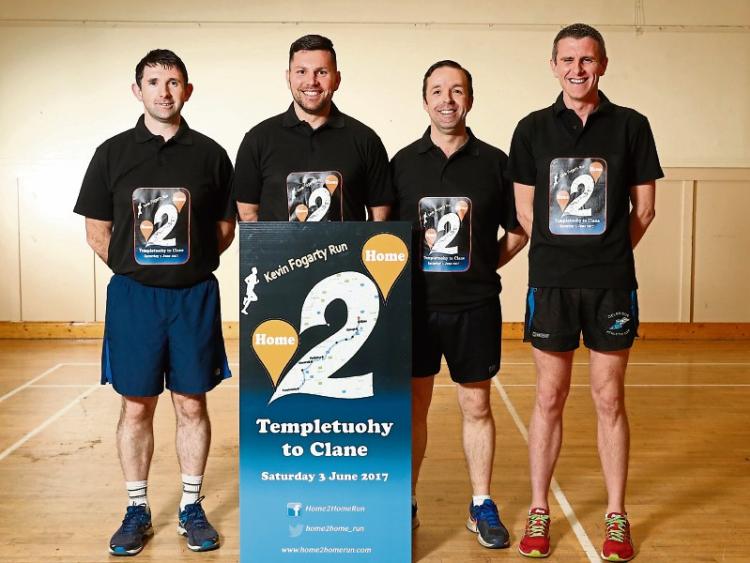 Kevin, a Clane resident, died suddenly on holiday in the UK last winter.

Just a month before his death, he had married his long-term partner, Laurena Meagher.

The couple had been together since they were teenagers, and have two children, Callum (aged 8) and Layla-Jane (aged 5).

It has not been revealed who bought a notable Niall Quinn jersey, which was auctioned, along with other things.

Quinn wore the jersey during Ireland’s historic 1-0 win over England at the 1988 UEFA European Championships. Martina Quinn, Alice PR & Events, told the Leader that the buyer wanted to remain anonymous.

Garry Cribbin, who knew Kevin from his involvement in Clane Utd and other friends was one of four runners who ran 125 from Templetuohy to Clane. “I did the first leg, the 37km run to Borrisokane,” he said.

A seasoned runner, who does two to three marathons a year, the Clane native was delighted with the events. Of the the late Kevin, he said: “You couldn’t meet a nicer fellow. He always had a smile on his face. The support was great. Everything exceeded our expectations. Everything we asked for we got. The committee were great and there was great help from Laurena’s sisters, Orla and Eilish.”