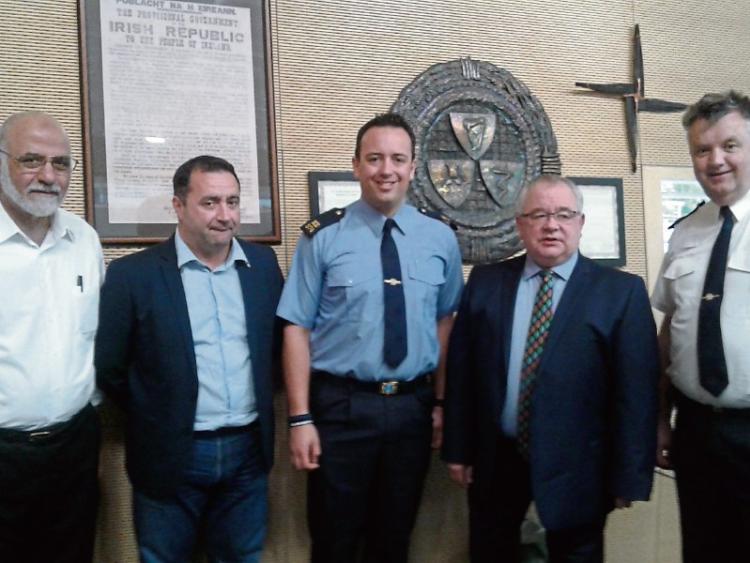 The Islamic community is to stage an open day in Naas.

A date has not been decided but it’s likely to take place in July.

Sam Hameed, who is self employed in the construction industry and married to Naas woman Deborah Reynolds, said the event is being staged with the aim of highlighting the importance of integration between “Eastern and Western societies”.

Mr. Hameed added: “With the recent attacks by terrorists whom claim to represent Islam, it is important that real and genuine Muslims meet and greet locals from their communities.”

“By having an Open Day it will reflect that everyday Muslims are no more different than the locals, except that they do have different religious beliefs that they abide to, and these beliefs in no way, shape or form preach hate towards the Western society.”

The open day will be a casual event, hosted at the Maharajah restaurant on South Main Street, which is located close to the mosque in Naas. “We have seen that segregation does not help anyone, all it does is advertise hate and create further problems,” said Mr. Hameed, who lives in Naas.

Meanwhile, members of the local community and the gardai held a conference at Aras Chill Dara in Naas at the end of May.

The event was aimed at fostering greater interaction and trust between Gardaí in Kildare and the Muslim community. The event was hosted by Kildare County Council in the Kildare Council chambers and was attended by Assistant Garda Commissioner Fintan Fanning, Chief Superintendent Roche, members of the Garda Racial, Intercultural & Diversity Office, T.D.’s Sean O Fearghail, James Lawless and Fiona O Loughhlin as well as representatives from the Kildare Integration Strategy Group, members of Naas Mosque and numerous other groups.