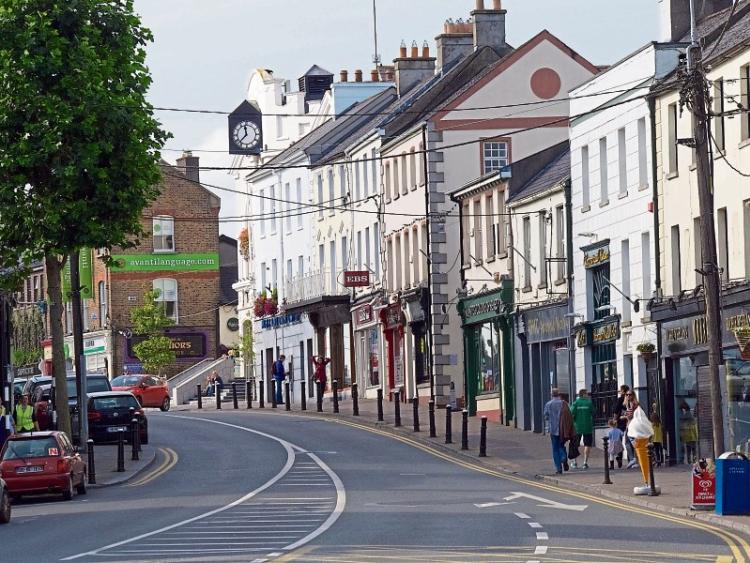 Naas or An Nas or Nas na Riogh

The prospect of a vote taking place to ratify the correct Irish version of Naas has not gone down too well with some of the citizens of the town.

When the issue was reported on the Leader website recently there was a lot of frustration evident.

At least there will be no discord, no disunity surrounding the actual issue. This is after all, about changing the name of the Irish version of Naas from An Naas to Nas na Riogh - and not the more widely used English version.

There was an amount of controversy in Co. Kerry some years back when there was a move to change the name of Dingle to Daingean. This started when Fianna Fail Minister Eamon O Cuiv said only the Irish version of town names should appear on official signposts in Gaeltacht areas.

There was opposition from the many employed in the tourist trade in the area. They feared that there would be confusion and that potential visitors might not know how to get there because of the new name.

Moreover it was pointed out that there is a Daingean in Offaly. A vote took place among the residents of Dingle and the vast majority favoured the use of the bilingual version - Dingle/Daingean Ui Chuis. There was some legal arguing about whether the outcome of a vote superseded the Official Language Act.

In 2008, three years after the vote, the then Minister for the Environment John Gormley announced changes which meant that Daingean Ui Chuis would be the official name of the town in Irish and Dingle would be the English name. However, the Irish version alone would be used on road signs within the Gaeltacht. Some locals were not happy with this and sprayed Dingle on to the Gaelic signs. Eventually Dingle was restored as the town’s name.

This sorry saga won’t be repeated in Naas.

What Cllr Seamie Moore wants is to have the historic version of the name - which recognises Naas as a meeting place for ancient kings of Ireland officially recognised.

Naas was the place where the kings met on their way to Tara, which itself is recognised as the seat of power in ancient Ireland, from where the High King of Ireland ruled the roost, so to speak.

The criticism is not warranted. It’s not as if this is the only issue Cllr Moore has pursued. Far from it in fact. He has been busy as he can be in pursuing the issue of the opening of the shopping centre, for many the most important issue in Naas.

And Cllr Moore has been a very vocal critic of the lack of provision of adequate amounts of land the lack of land being made available for sports and recreation purposes in and around Naas - while permission is given for more and more houses. He’s also done a deal of work with the local Tidy Towns group.

The figure quoted by KCC was a worst case scenario.

KCC isn’t saying this would be the actual cost - but it could be if the vote took place on its own.

There is a pretty extensive legal process to be gone through as part of holding the plebiscite.

What’s likely to happen - as has been suggested by another Naas Municipal District councillor, Rob Power - is that the name change vote proposal would take place along with the next local elections, scheduled to be held two years from now.