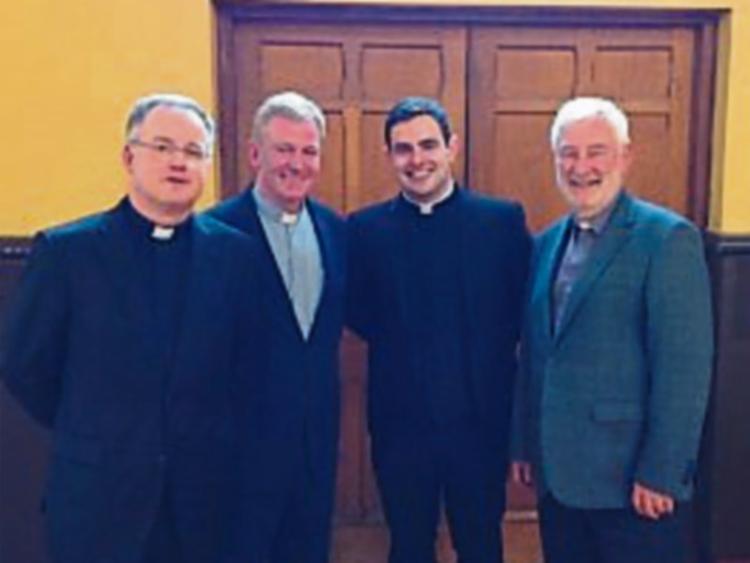 An Athgarvan man is to be ordained at his home parish at the end of this month.

25-year-old David Vard will be the first person from Newbridge to be ordained for the diocese of Kildare and Leighlin in over 20 years.

The ceremony will take place on Sunday, June 25 at 3:00pm in the parish church and everyone is invited to attend.

Everybody is also welcome to attend Fr. David’s First Mass of Thanksgiving on Monday, June 26th in Cill Mhuire church at 7pm.

Afterwards, parishioners will be able to receive the First Blessing of the new priest.

The ordination will be a great celebration for the parish. The ordaining bishop will be Dr. Denis Nulty, and most priests of the diocese are expected to be present.

Both churches will be specially decorated and choirs of the parish will sing at both events. Light refreshments will be provided for everybody after both the ordination and First Mass.

The new priest is son of David Vard, Senior, and Liz Yelverton. He has two sisters - Rebecca and Charlotte.

David grew up in Limerick, Dublin and for a while, Kerry but said he is proud and honoured to call Newbridge his home since 2000. He is a past pupil Scoil Mhuire and of the Patrician Brothers Secondary School.

As a teenager, he played with Newbridge Rugby Club but a back injury forced him to stop when he was 17.

David began his priestly studies immediately after his Leaving Cert in 2010, aged 18.

Since then he has obtained a B.A (Philosophy and History) from NUI Maynooth and will soon receive a B.D. (Bachelor of Divinity) from the Pontifical University, St Patrick’s College, Maynooth.

He was ordained a deacon last year.