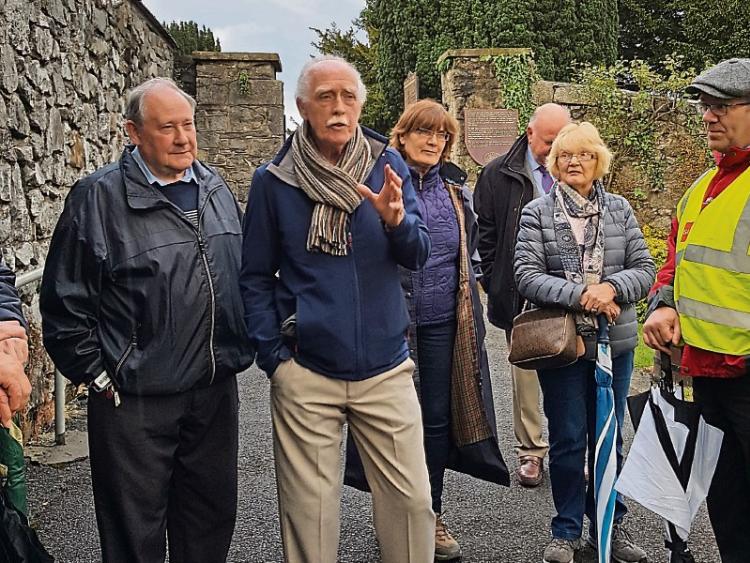 “Will no one rid me of these turbulent priests?”

It was not all rosy within the Church then.

On May 17, Brendan Cullen of Clane History Group recalled the story of some early priests on a tour linked to the County Fleadh.

At the Church of St Patrick and Brigid, he told attendees about a political violence problem faced by the then bishop, James Doyle, famously known as JKL.

One priest Fr Malachy McMahon, who was sent to Clane “to clean up the place.”

At the time, some elements of the population were not meekly accepting their political fate, at a time Ireland was ruled from the UK and Ribbonism, the practice of burning properly belonging to big landowners, was rampant.

However, the locals did not like Fr Mal and when the Jesuits arrived they opted to go to confessions to the Jesuits (’Js’) rather than Fr Malachy.

Some said the Js were more “lenient” but, said Brendan, the real reasons was that they did not want to be confessing to the burning of barns, a practice condemned by the Bishop.

The Bishop decided then that if people want to confess to the Js, they would have a get a ticket to do so, and besides, the Js would have to sign it.

This did not go down well at all at all and eventually, JKL moved Fr McMahon to Suncroft.