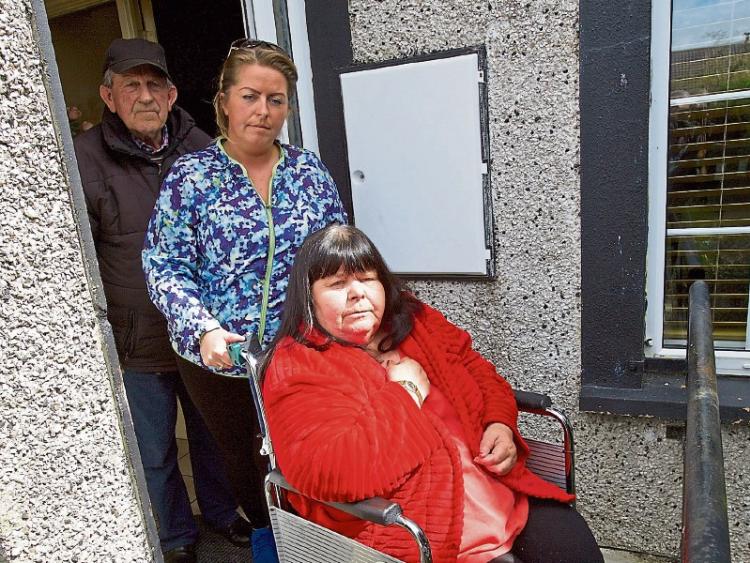 Bernie Smith (68), her husband John (75) and and daughter Martina

A Newbridge family are desperate for Kildare County Council to build a downstairs bathroom for 68-year-old Bernie Smith, who has been confined to a wheelchair for some time.

Her frustrated daughter, Martina said she contacted the council four years ago to apply for a wet room.

“Mammy can’t go up the stairs, her doctor said she is not supposed to go up the stairs, and we can’t lift her up there. There is no downstairs toilet or shower in the house and we are all worried sick about her,” she said.

Bernie had a stroke 13 years ago, and since then her health has deteriorated.

She now has diabetes, heart problems and is just home after another stint at Naas Hospital.

“She deserves some dignity at this stage in her life,” said Martina.

Bernie lives with her husband John (75) at Lakeside Park.

Daughter Martina explained how the council came out four years ago and assessed the house, while the family filled in all the forms, but the wet room application was refused.

Her daughter said they were given no reason why. She acknowledged the council did come out again and put in a ramp.

However, because the front door faces at an awkward angle, Bernie’s husband John has to swing around the chair to get out the door and down the ramp.

There is also no ramp to the back door.

The couple had to convert the sitting room into a downstairs bedroom for Bernie. Her daughters and grandaughter have to give her a bed bath because she can’t access the upstairs bathroom.

Martina did say that when she contacted the council again, she was told the local authority was reluctant to add another bedroom downstairs, which would result in the house going from a three bed to a four bed.

On another occasion, she said she was told there was no funding to add a wet room to the house. The couple were then offered two apartments — one on a third floor and the other on a second floor, which her daughter said are not suitable for a wheelchair user. 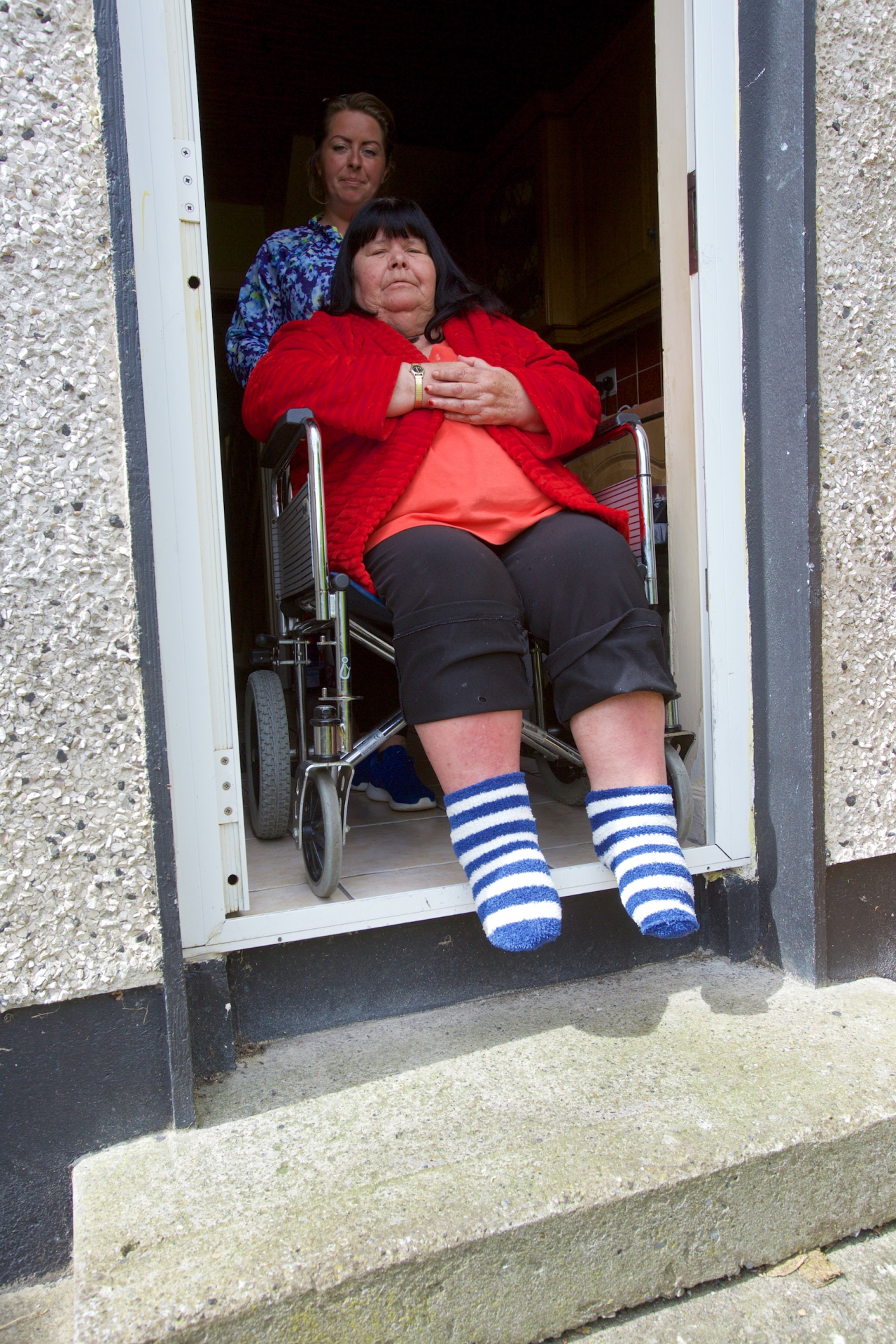 Bernie and her daughter Martina

“Mammy and Daddy are living here for 31 years and all they want is for a wet room to be added. They know two other people who have had similar works done by the council, but they are not getting anywhere. It’s not fair,” said Martina.

“It’s about dignity. She just wants a wet room where she can wash herself. It’s really stressful for all the family,” said Martina. The council does not comment on individual cases, but it did outline the various grants that are available through the local authority including the Housing Adaptation Grant for People with a Disability, Housing Aid for Older People and Mobility Aids Grant.

It said information on the grants is available at www.kildarecountycouncil.ie.

“All applications for Housing Adaptation Grants for People with a Disability are assessed by an Occupational Therapist and categorised according to level of need. At present, only applicants in the highest category of need are being considered for grant funding,” it said.

“Funding is provided by the Department of Housing, Planning, Community and Local Government annually. A percentage of the overall funding applicable to the schemes is funded by the local authority from its own resources.”