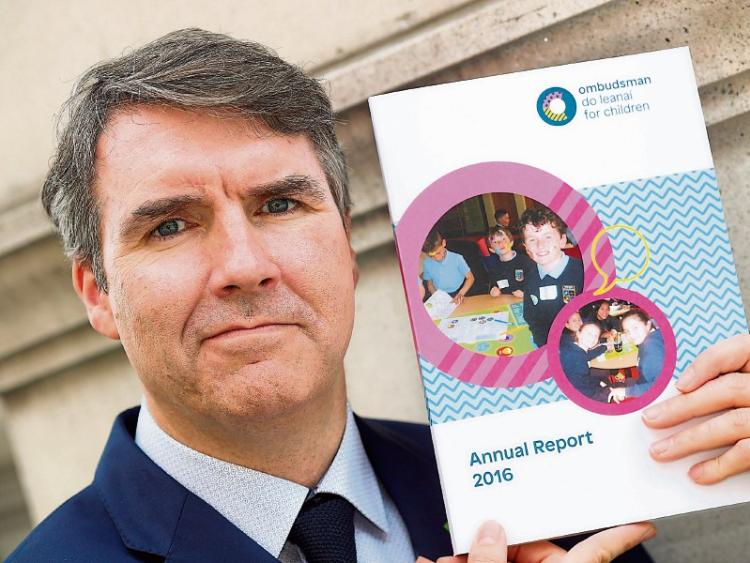 Kildare families made some 67 complaints to the Ombudsman for Children’s Office in 2016.

“In 2016 there was another rise in the number of complaints received by the OCO,” said ombudsman Dr Niall Muldoon. “67 of the 1,682 complaints were made by children, or on behalf of children, in County Kildare. Each of these complaints relates to at least one child.”

The OCO is an independant, statutory body that investigates complaints made by or on behalf of those under 18 concerning public bodies and those providing services on behalf of the State. Education services, school bullying and health services, as well as child welfare, all come under its remit.

“Most of the complaints we receive are from Dublin but we want children, families and all those who works with children to know that anyone can make a complaint to my Office if they are not happy about a service being provided for a child,” said Dr Muldoon.

“Education was a factor in 46% of the complaints we received. This is to be expected considering the amount of time spent by our young people in education settings. The majority of these complaints related to specifically to schools. We received many complaints about the management of peer bullying in schools, and we found that social media is a particular challenge for parents, students and teachers.

“In 2016, 23% of the complaints received related to the Child and Family Agency (Tusla), these complaints related to children in all parts of the country including Kildare. I remain concerned that Tusla are still primarily operating as a crisis agency. There are clear inconsistencies within the agency both geographically and in terms of how issues are dealt with.”

There was also an increase in complaints relating to children with disabilities in inappropriate housing, and children with mental health issues trying to get help.

“It is important that children, and those advocating on their behalf, are aware that the Ombudsman for Children’s Office is here if you are experiencing a problem with a public service. Our service is free and independent, and we try our best to find a resolution as quickly as possible,” he concluded.