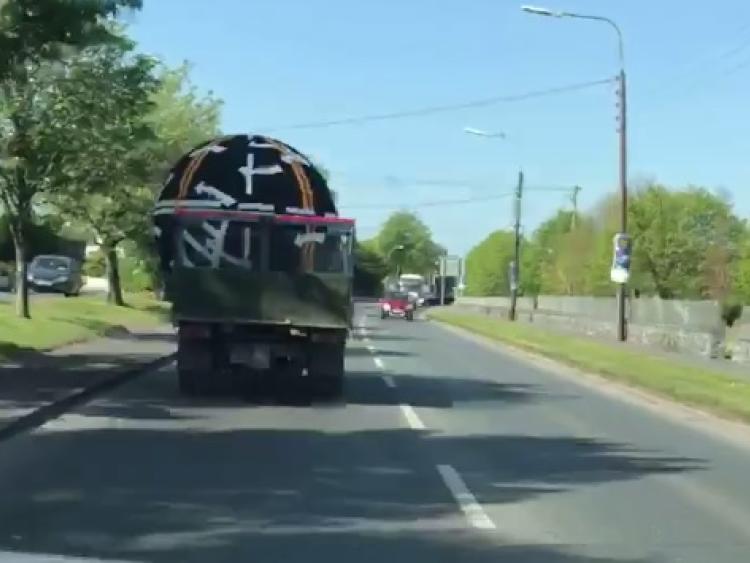 The 'Ball' heading down the Newbridge road

"Stop, thief! They're making off with the Naas Ball!"

Motorists on the Newbridge Road in Naas would have gotten a shock this morning as they saw the famed Kildare landmark glide by on the back of a truck... even if it looked at little smaller than usual.

Never fear, however, the iconic Perpetual Motion piece of roadside art, that stands at the motorway junction to the north of town, hasn't been swiped by some opportunistic thieves.

The mini-ball is the clever handiwork of Naas-based Sanctuary Synthetics, the artifical grass suppliers.

They created the installation to display at the Kildare Summer Business Expo, which is on at the Sheehy Motors showrooms in Naas this afternoon.

The free Expo is on from 4pm to 8pm, with 100 local exhibitors and special guests Rosanna Davison and Dave Kearney. 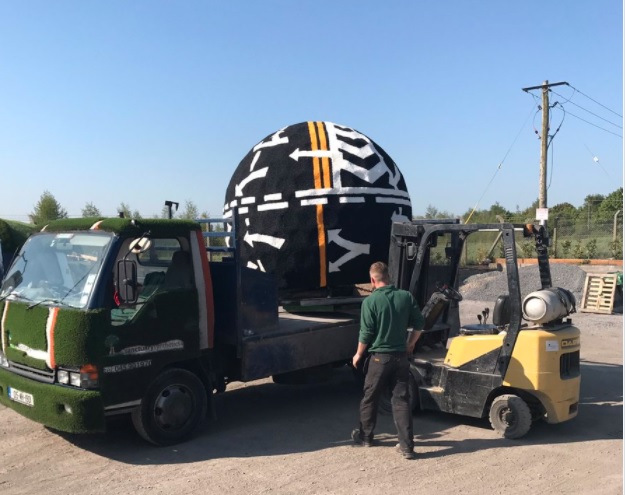