Kildare's commuterville towns — just a bed for the night 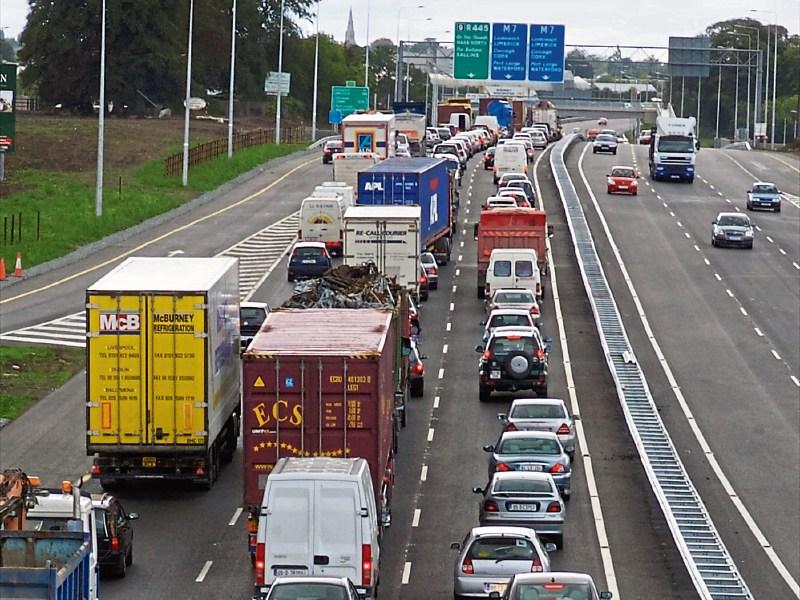 6am: the alarm springs into life. Get up, get showered, get dressed, get breakfast, get the kids dressed.

7am: Get out the door, get the engine revved up, get going.

8am: get kids to childminder/school/their
grandparents’ house.

This is the daily grind endured by a silent mass of society. Welcome to commuterville.

Countless housing estates across the county are akin to ghost developments during daylight hours, because the lesser-spotted commuter has vanished, departed for Dublin and further afield to work.

Homes have become merely places to lay their heads.

This species of commuter has forked out hundreds of thousands of euros to spend the night in Kildare and migrate during the day.

READ MORE: Our mistakes in not protecting Kildare's ancient Hill of Allen

You won’t get a bacon, egg and sausage at this B&B — there isn’t time to create such elaborate breakfasts.

Through no fault of their own, this breed of commuter, has had no choice but to acclimatise to this way of life.

Like swallows in flight, they couldn’t afford to buy a house close to work, or closer to the capital, so they had to migrate further (although not as far as Africa, the Lilywhite haven will have to do).

In one particular case, a family were living in a Kildare town, packing up their kids to bring them to their grandparents on the outskirts of Dublin so they could drop them to a nearby Dublin school before making their way to work in the city centre.

They are living in a town where they don’t know anyone, their children won’t grow up with local children, and the links with that community are fractured — they become tenuous, to say the least.

In fact, their loss is also the community’s loss to bear.

There will be no mam or dad helping out with GAA or soccer coaching, taking the stage in the local drama group, or lending a hand with the Tidy Towns. They simply won’t have the time.

While in conversation with a Rathangan businessman recently, he pointed out that if one were to stand on the bridge in the town in the early hours of the morning, and count the number of cars leaving the town before returning late in the evening, one would be amazed.

Many towns in Kildare, not just Rathangan, have been hit hard by the recession. The town centre is full of empty premises.

Has the migration of workers from Kildare towns to Dublin contributed to the economic malaise of local businesses? If you’re not there, you can’t shop local.

However, there are some commuters who do get involved despite being time poor.

Once the children go to school, they say the integration really begins.

Bonds are formed with teachers, other parents and local sporting and voluntary organisations.

It is, undeniably more difficult for a commuter to take on these roles because of the time factor.

A recent article titled The Disease of Being Busy by Omid Safi on a www.onbeing.org touched a chord with me.

He determined the disease of being “busy” is spiritually destructive to our health and wellbeing.

“Since the 1950s, we have had so many new technological innovations that we thought (or were promised) would make our lives easier, faster, simpler.

Yet, we have no more free or leisurely time today than we did decades ago,” he said.

The change in work patterns and practices has spawned a new race of the busy commuter.