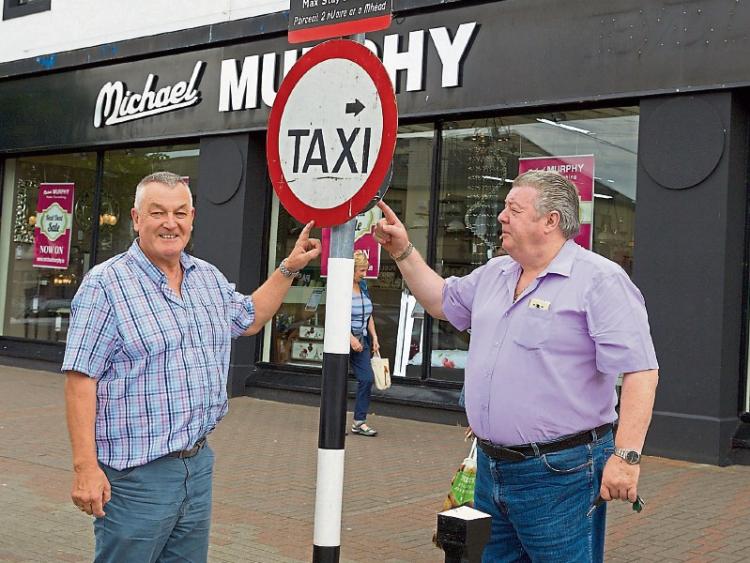 Kildare County Council has said it has no plans to install CCTV cameras at one of the taxi ranks in Newbrige.

Local taxi drivers had called for action to be taken after two drivers were attacked and had their fares stolen in recent months.

They believe that by capturing footage of passengers getting into the cars, it could help to identify any culprits if any crimes are committed.

In the light of recent incidents, he asked how much a CCTV camera would cost to be installed around the taxi rank at Michael Murphys.

“While costings for CCTV can be provided to the members, the resources to monitor CCTV need to be examined and considered,” said the council.

Cllr Kennedy said the cameras did not need to monitored on a continual basis and the footage would only have to be checked if an incident occurred.

“It would be there as a safety precaution,” he said.

He asked for the matter to remain on the progress report so it could be revisted.

Cllr Morgan McCabe (Ind) said he was aware lots of large towns have CCTV and the cameras would be of a great help at the taxi rank.

He pointed out they could also identify anti-social behaviour and be of great help to the gardaí.

Cllr Sean Power (FF) said some taxis had their own in car cameras, but he agreed there was a cost to that.

Council official, Evelyn Wright said the gardai can use the existing traffic cameras can be used by the gardaí. She said it would cost €25,000 to buy, install and monitor the cameras at the rank.