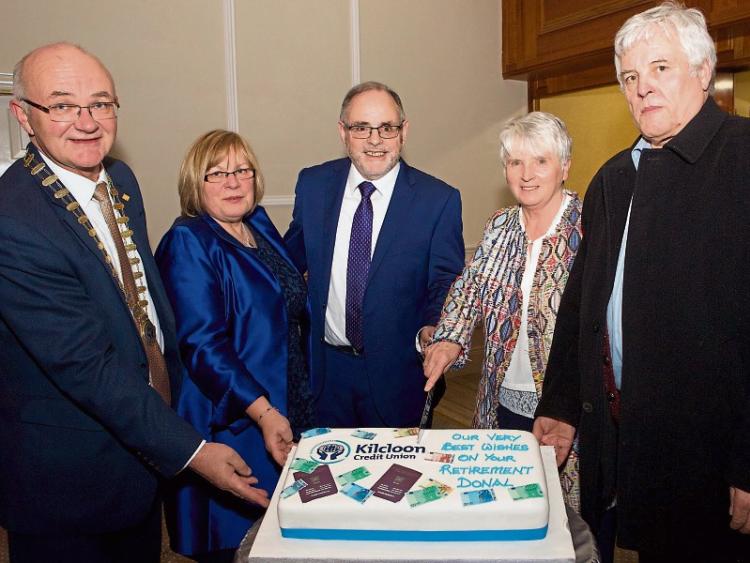 Born locally in Kilcloon, to Michael and Mary, he attended Maynooth Boys School and was in the first Leaving Cert class in Scoil Joseph's, Kilcock.

After leaving school, he started in Kelly’s Bakery, in the office and on the road, and moved to the former Leixlip IMP meat factory, staying until it closed.

In 1985, the Credit Union decided to open a new office and Donal, the treasuer, became its manager.

The Kilcloon branch survived the 2008 financial crash without going the way of many big banks.

Donal is concerned over the future of the credit union movement, set up in the late 1950s to cater for a majority of working people.

“The Central Bank is taking away control from members slowly but surely,” he said. “It is not looking good.”

Speaking about the growing trend towards mergers, he said: “Mergers are not solving the problems of the Credit Unions. They are not getting loans out,” he said

In between running Kilcloon, Donal and his wife, Mary (nee Loughrey) brought up four children.

Daniel is an actuary with KPMG and Paul is a social worker with the HSE.

Seamus works in alternative medicine and John is a teacher, more precisely, a vice principal, at Ratoath school.