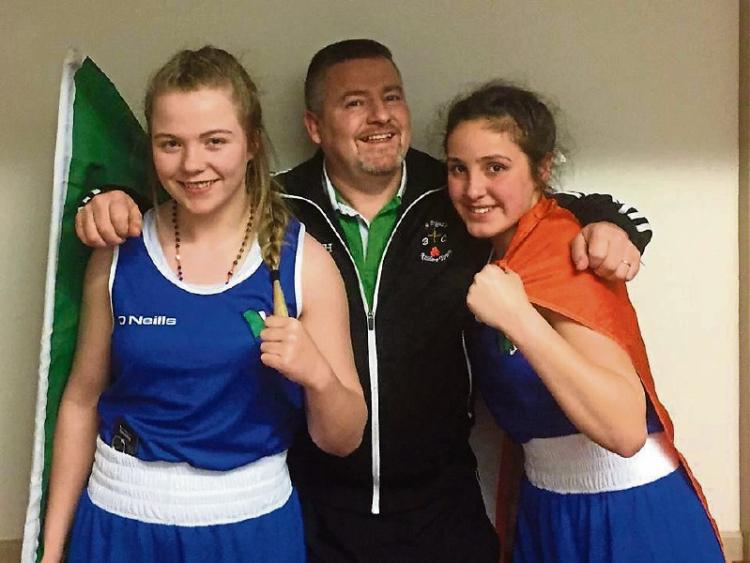 St. Brigids Boxing Club in Kildare Town is to be part of a new documentary for the popular online English website, Unilad.

The project, to be aired in the coming month, is titled “Girl Boxers of Ireland”.

“We have around 14 female boxers in our club at the moment with around nine Irish Champion titles.”

The documentary aims to discover why so many women are taking up boxing in recent times.

It will feature interviews with female boxing members of the club and their parents, clips from high performance training in Dublin and shots from a tournament held last Saturday, April 22 in New Ross, Wexford, where three St. Brigid's girls boxed.

Two members of the club, Katelynn Phelan and Margeurita Nevin, represented Ireland in a tournament held in England on Wednesday (April 19) and Thursday (April 20) last.

The two girls each won one out of two of their fights.

Both are now getting ready for the European Championships in July.

The girls are training hard in advance of this major competition.