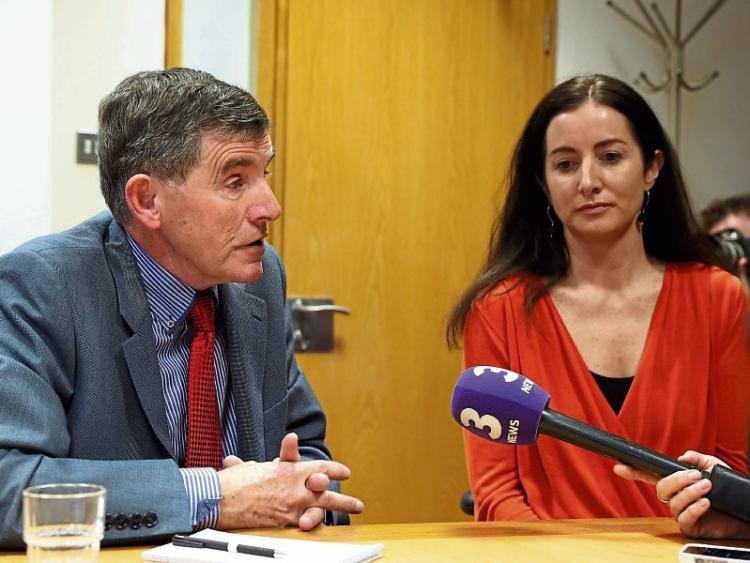 “Many people over the past 16 years have questioned why we continue to search for Trevor.

“The answer is simple if you knew Trevor. We can sum it up by saying if the situation was reversed, he would never give up on us.”

Those were the heartbreaking words of missing Naas man Trevor Deely’s sister Michele, speaking at the renewed appeal for information recently as to his whereabouts.

Trevor went missing in Dublin after a night out in December 2000. That is 16 and a half years that his family have been living without any scintilla of information about what may have happened to their son and brother.

Unfortunately, the Deelys are not the only Kildare family to find themselves in this situation.

Newbridge student Deirdre Jacob vanished without a trace in 1998. The trainee teacher was last seen near her home in Roseberry on a July day. Despite unconfirmed sightings of a woman who resembled her at Tara Street Station a few days after her disappearance, no news of her has ever been found.

Martin Doyle from Suncroft was also reported as a missing person in 2004. The 20-year-old was last seen near the church in his home village, and has not been seen since.

There is still a long list of young women who vanished without a trace from Ireland during the 1990s.

Jo Jo Dullard from Kilkenny was last seen at a phonebox in Moone on November 9, 1995 — having taken a bus as far as Naas, she then tried to hitchhike her way home to Callan, but disappeared en route.

Popular opinon would have it, of course, that one or two men, since convicted of other crimes, were responsible for these disappearances, in some sort of serial killer scenario.

The dreadful truth is, of course, that the story of those disappeared has not yet come to light.

Families fear, especially in the cases of the missing women, that witnesses will not bother coming forward with small pieces of testimony or evidence, because it is assumed that ‘everyone knows who did it’.

The sad fact is that it might just take one person who knows one small part of the story to break through the years of torment and horror inflicted on the families of those who have gone missing.

“We know someone knows something, and we ask that you come forward to put an end to this relentless nightmare,” said Michele Deely at the appeal press conference.

Someone knows something. Someone must come forward.