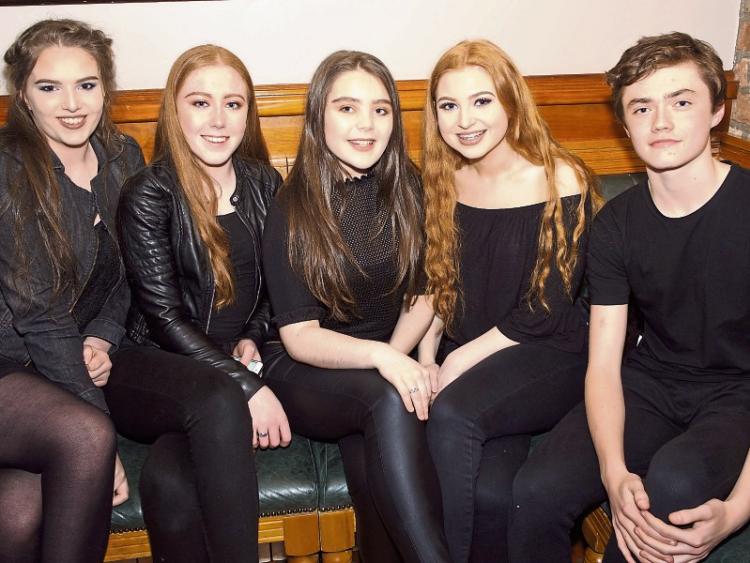 Clane Musical and Dramatic Society look set for a top of the range musical in early May.

On Tuesday, April 4, the group held a launch night for their upcoming musical
Carousel.

Manzor’s pub in Clane was the venue and those not interested in the Manchester United and Everton clash on television — they were a quiet enough mob — migrated to another section to hear some samples of what the cast and crew are going to stage in May.

What Sarah McGauran, the Society’s spokesperson, described as a “sneak preview” turned out to be very entertaining. They sang, “If I Loved You, “June is Bustin’ Out All Over, “Blow High, Blow Low”, “You’ll Never Walk Alone.”

Other lead players will be Calina Cunningham as Carrie Pipperidge, Peter Fay as Enoch Snow, and Ronan MacCabe as Jigger Craigin.

The cast is varied. They range from seven to 70, said Sarah.

There was a birthday surprise on the night.

Cake was brought out to celebrate birthdays of two of the cast, Elaine Moore O’Donoghue, who said she would have to kill me afterwards if she told me her age but told me afterwards anyway, and Lucy Bergin, who 'fessed up to being 15.