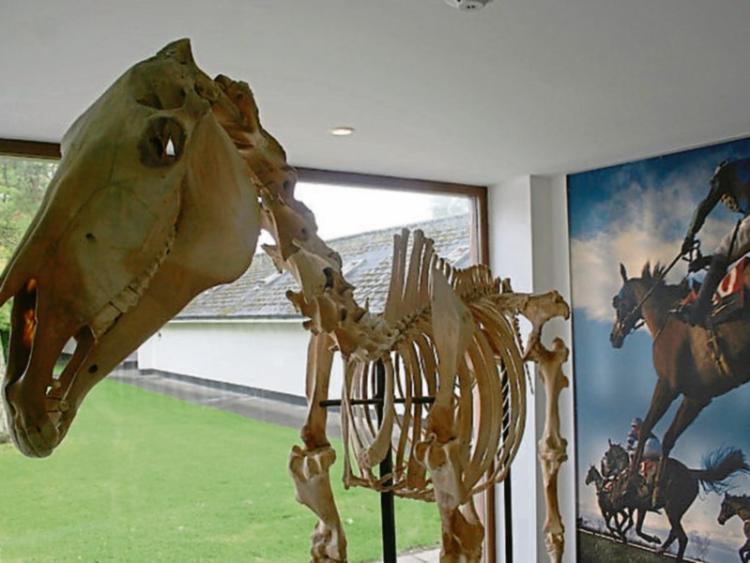 The skeleton of Arkle at the Irish National Stud museum

The Irish National Stud is renewing plans for its horse museum and looking for local antiques which could be considered for inclusion in the museum.

There will be an antiques roadshow-styled event for people to bring their antiques for consideration at the Irish National Stud.

The horse museum is described as a legacy to not only the horses in Ireland but also the greatest and most famous of all Irish horses.

According to the Stud, visitors to the museum can see memorabilia connected to horses that made the headlines over the years including Kildare’s champion Arkle.

Forty years after his death, he reigns supreme in the stud’s museum, where his skeleton holds pride of place.

One of Flat racing’s modern day legends, Sea The Stars, was bred and raised at the Irish National Stud. Those visiting the museum can see memorabilia connected to County Kildare’s champion, while also on display are the silks carried to success in Australia’s signature race, the Melbourne Cup, by another Kildare superstar, Vintage Crop.

The museum also offers an interactive experience for the visitor interested in horse racing.

Elsewhere in the Sun Chariot Yard,visitors are told the history of the horse in Ireland through artifacts, illustrations and texts while the start of an equine life is presented in a video showing the birth of a foal.

Although there is no date yet for the roadshow event, staff at the Irish National Stud are eager to hear from interested members of the public. Email pdiamond@irishnationalstud.ie.