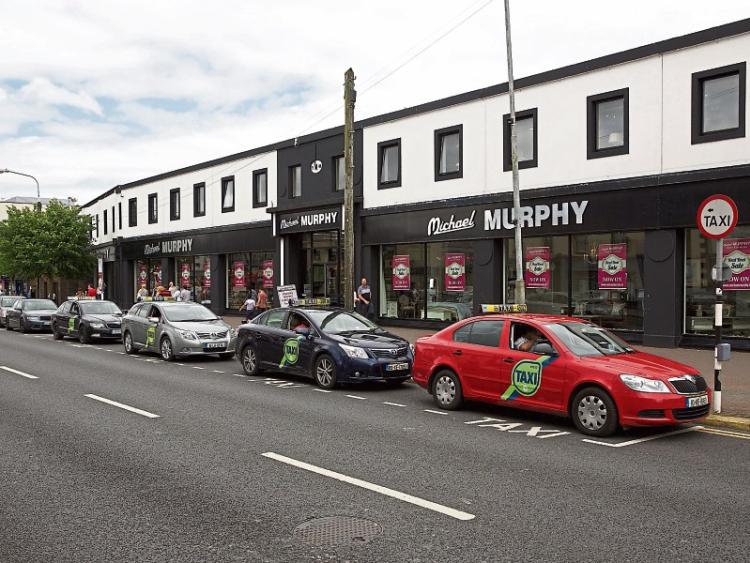 A file photo of the taxi rank at Michael Murphy's, Newbridge

The option of colour coding telegraph poles at taxi ranks, disabled places and loading bays is being looked at as a way of more clearly defining the spaces.

Cllr Mark Lynch (SF) is pushing for the move.

“Colour coded poles would clearly identify to vehicles, as to the staus of the space in which they may inadvertently be parking, or help identify same to the releaveant users and remove the need for unsightly and costly signage,” he said.

The council said a trial of the colour coded poles would have a financial implication for the municipal district and costings would be required prior to the commencement of a trial.

It was recommended that the matter be referred to the Strategic Policy Committee (SPC) to consider a policy to ensure consistency throughout the county.

Cllr Lynch agreed to have the issue explored further through the SPC.

A motion put forward by Cllr Paddy Kennedy (Ind) calling for CCTV to be installed at the ranks in Newbridge was adjourned in his absence.

Local taxi drivers have called for the cameras to be put in place at the Michael Murphy's rank and the Harrigans rank in the wake of two recent vicious attacks on drivers. They have also stressed that better signage needs to be installedoutside Harrigans so it is clearly defined as a rank.