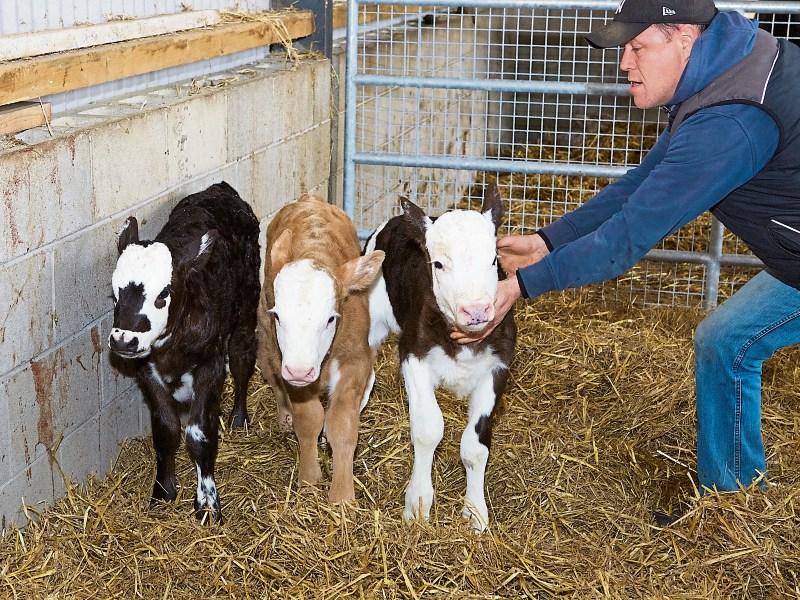 Johnny McDonald gets to grips with the new arrivals

It’s a one in a million occurrence, but it happened to former Kildare footballer Johnny McDonald.

Last week one of his cows gave birth to three calves.

Johnny told the Leinster Leader he was surprised and delighted at the birth, and reported that all three calves and the cow were doing well.

He explained that he only has four cows and uses them mainly to eat the grass that his horses won’t eat at his farm outside Kildare town, near Kildare Farm Foods.

“This is her fourth pregnancy,” he said, adding that he usually sold on calves as weanlings.

Johnny is pictured here getting to grips with his new arrivals in a photo by Tony Keane.