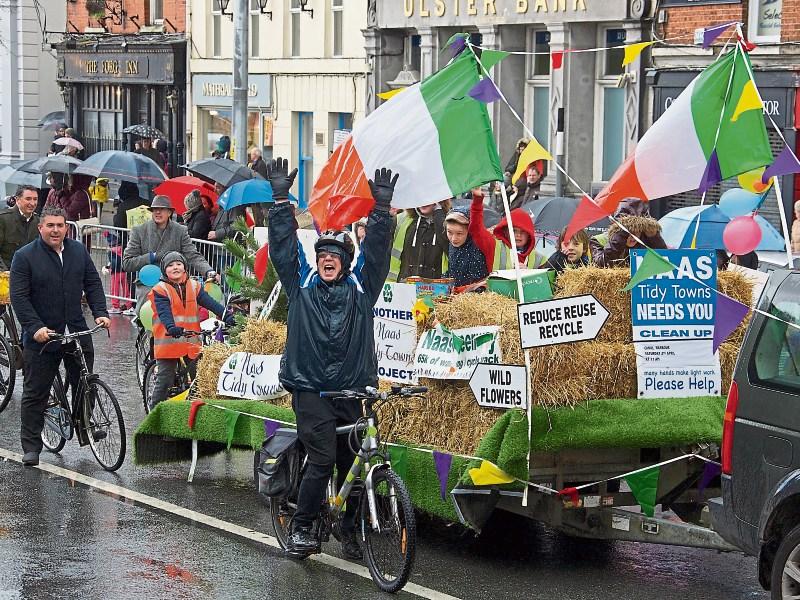 A scene from the Easter Parade in Naas last year

Naas could have two parades and a festival running alongside the annual Punchestown Racing Festival in 2018.

The views of the public are also being canvassed on social media to assess levels of interest in having a St. Patrick’s Day parade.

Naas hosts an annual Easter Parade. This event, which attracts a huge level of interest annually, was once staged on St Patrick’s Day but was moved to Easter because of bad weather conditions.

The canvass is being organised by Naas man Sam Hameed who lives off Newbridge Road. He hopes there will be enough support for the parade, which would take place along with the Easter Parade — and the festival.

“I just put it out there” on the Naas Matters Facebook page he opened.

“I know that there is a successful Easter Parade and some people feel that a second parade would be too close to it but I feel a St. Patrick’s Day parade would be entirely different. I’m trying to establish if there is enough support for it. I spoke to my dad in Pakistan and there is a small St. Patrick’s Day event there where he lives, so I feel there should be one here. A parade and a festival around Punchestown would stimulate interest in Naas,” said Mr Hameed, who operates his own building/tiling enterprise.

He said neither event could go ahead without a fairly broad level of support from within the community. “I’m not trying to be popular, I just want to see if there is enough interest. Those who want to be involved must be committed.”

He said he already has the support of Fianna Fail TD Frank O’Rourke.