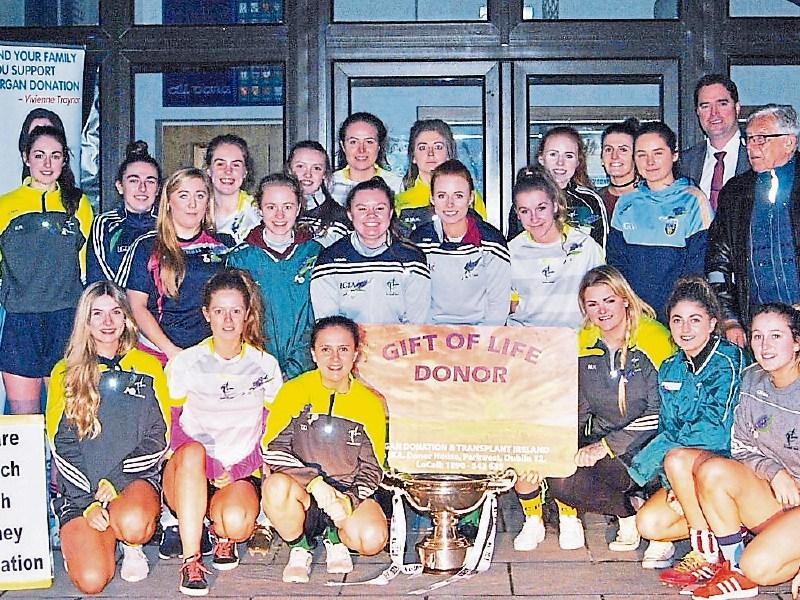 Organ Donor Awareness Week 2017 will take place from April 1 to 8.

The local Kildare Branch say they are delighted to have Deputy Martin Heydon as their spokesperson this year.

Aside from his duties as TD for Kildare South and chairperson of the Fine Gael Parliamentary Party, Deputy Heydon has long been known as an advocate to people affected by kidney disease, having lost a kidney himself at the age of 18.

During an indoor game of soccer just before he sat his Leaving Cert he received a crippling tackle which landed him in A&E.

The enlargement was not as a result of the accident but had been that way for some time.

He explained that a blockage had occured in his urethra.

“It’s a bit like if you stand on a hose, the pressure build up.”

While the condition had not made him unwell at that stage, it was only a matter of time before it did.

With his Leaving Cert out of the way a few weeks later, he went in for surgery.

It was initially thought that the surgeon would just have a look and see how it was, but in the end, he just decided it was too damaged and removed it.

He said he had had no ill-effects from the loss of the kidney.

“It’s nto difficulty to live with just one kidney. I need to be careful to drink lots of water and go easy on the salt and the booze,” he said.

The key message of the campaign is to remind the Irish public to have the important family discussion about their wishes concerning organ donation should they pass away.

The campaign aims to highlight the ongoing and ever increasing demand for organ transplantation which relies on the public for organ donation.

Local secretary of the branch, who only wants to be known by his first name, Philip, says he has dedicated his life to volunteering for the Irish Kidney Association.

He explained that he was the recipient of a kidney transplant three years ago after 6 years, 11 months and 18 days on dialysis.

“When you’re an organ donor you remember these things.”

Philip was living in the US at the time, where recipients are offered the chance to write a letter that will be passed onto the family the deceased donor.

“I desperately tried to write that letter for months, and I couldn’t,” he said. He didn’t know how to get the tone right between gratitude and condolences.

“So I said I’d work and volunteer for the remainder of my life.”

A Kildare link that will interest many are the efforts of local woman Shona Mary Conlon, who is a student in DCU.

She also attended the launch of the awareness week and explained that she is starting work on a project that will provide touch screen computers to people on dialsys, to allow them to work on their education while stuck for hours on end in a hospital on dialysis.

Organ Donor Cards can also be obtained by phoning the Irish Kidney Association on 1890 543639 or see IKA.ie.